When we first looked at the house I thought the bedrooms looked a bit small and outdated, sort of like the rest of the house. Ha! However, I knew that with a fresh coat of paint, new carpeting, and some decor both rooms would be rejuvenated. The bedrooms were actually the easiest to remodel because of just that.

I decided to hold off on a whole new “master” bedroom for a little bit. The decor and bedding I had from my apartment bedroom were more than adequate for the time being. I wanted to direct the money to more important things. Nevertheless, there were a few things that needed to be completed before we moved in. 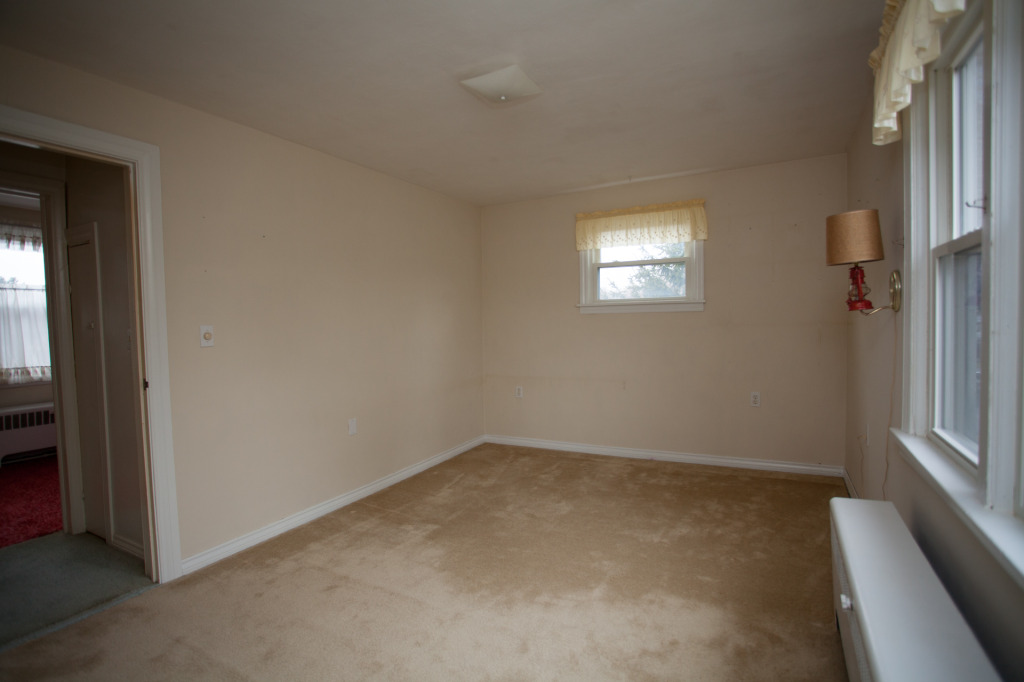 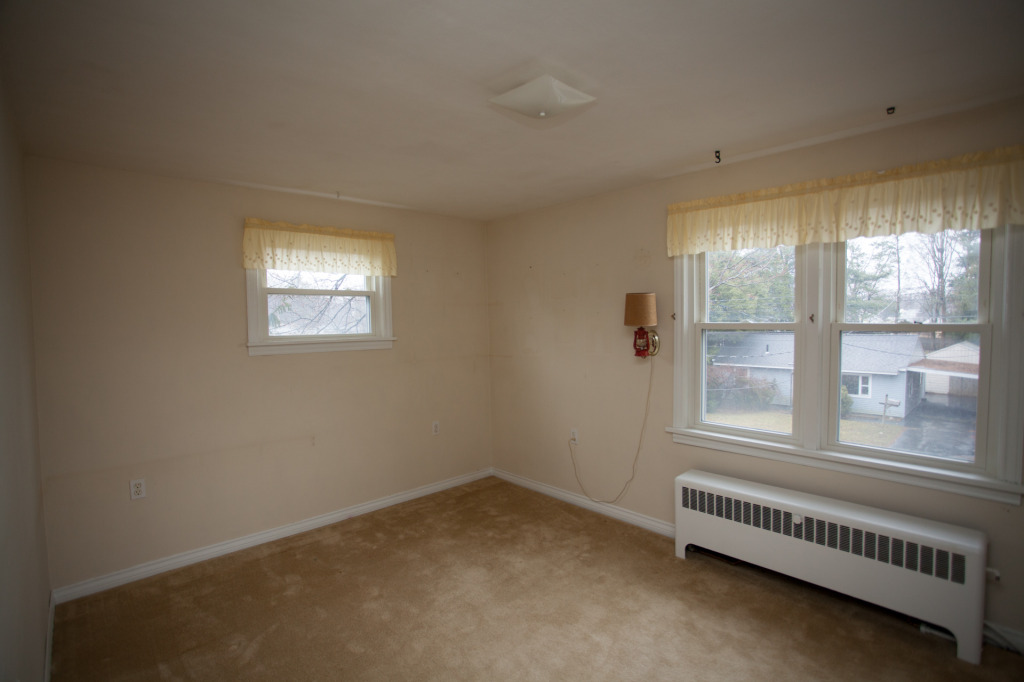 To start, the carpet throughout all of the bedrooms and the entire house for that matter, had to be torn up and thrown out. This actually did not take too much time. Luckily I had the assistance from Nick’s brother who spent most of the time ripping up the nail stripes. 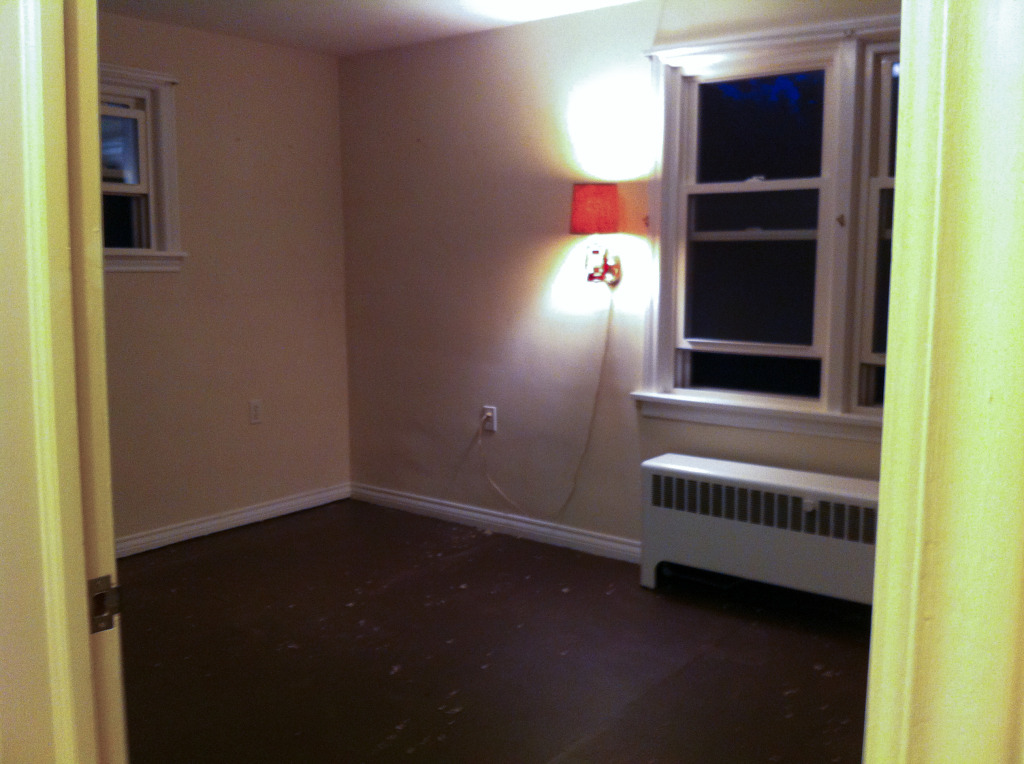 The next step was to scrub the walls. I’ve mentioned before that the previous owner was a heavy, heavy smoker. The entire house was coated in nicotine, essentially why so much work had to be done. I found a solution at Home Depot/Lowes that worked wonders. This was probably the most important step. You really need a clean canvas to allow for the paint to adhere to the walls.

After the walls were washed and dried it was time to paint. For the main bedroom I picked a light gray color. This was very similar to my bedroom at the old apartment as I wanted everything to match. Plus, I really like the color. It’s very neutral but also soothing. We then had all of the bedrooms and the stairs covered with a dark gray carpeting. 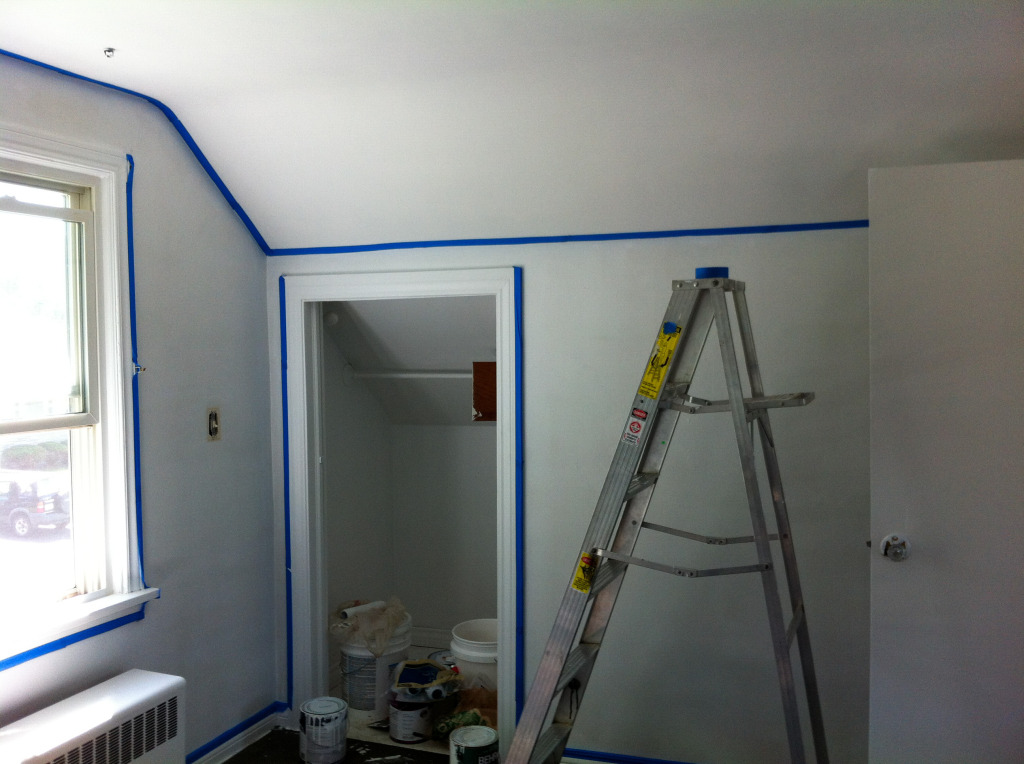 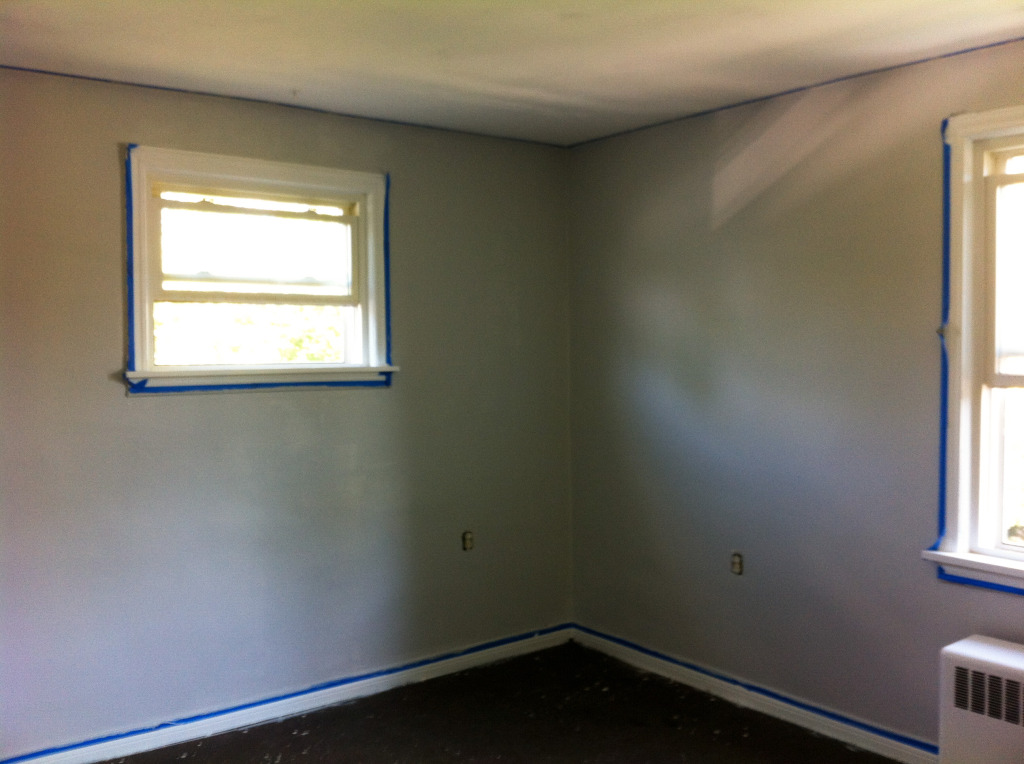 After we moved in, it was definitely an acceptable room for the time being. Time has passed though and I was ready for a change. I picked up a new bedding set, curtains to match, and a few pieces to tie the room together. All of these items were purchased at Home Goods or Marshall’s, two of my favorite stores. I also spruced up the floor length mirror and dresser handles with silver sprain paint. Aside from a few custom prints to hang on the large wall, the room is finally complete! What do you think? 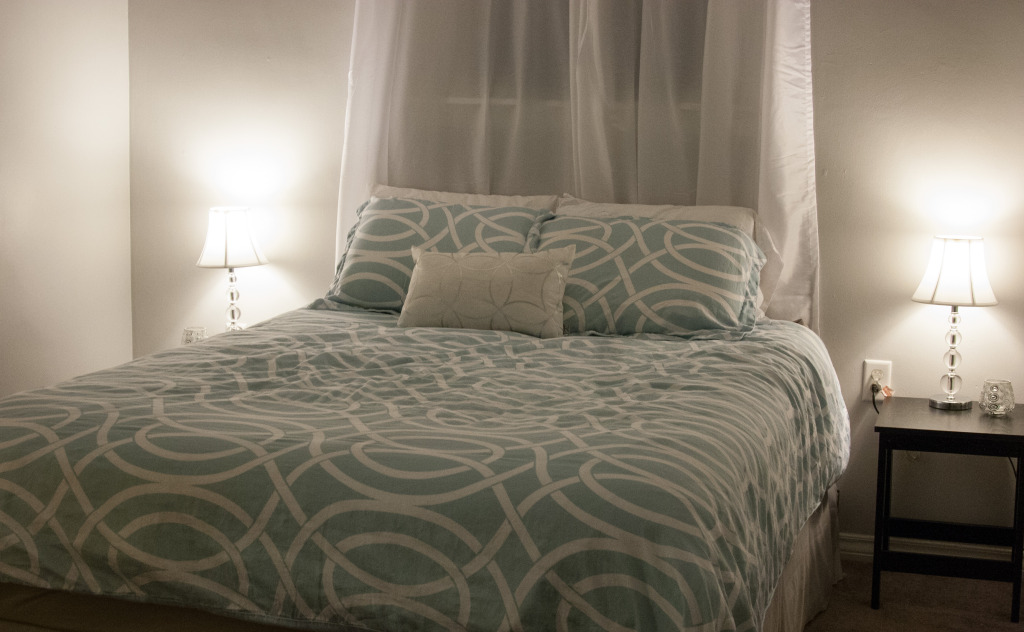 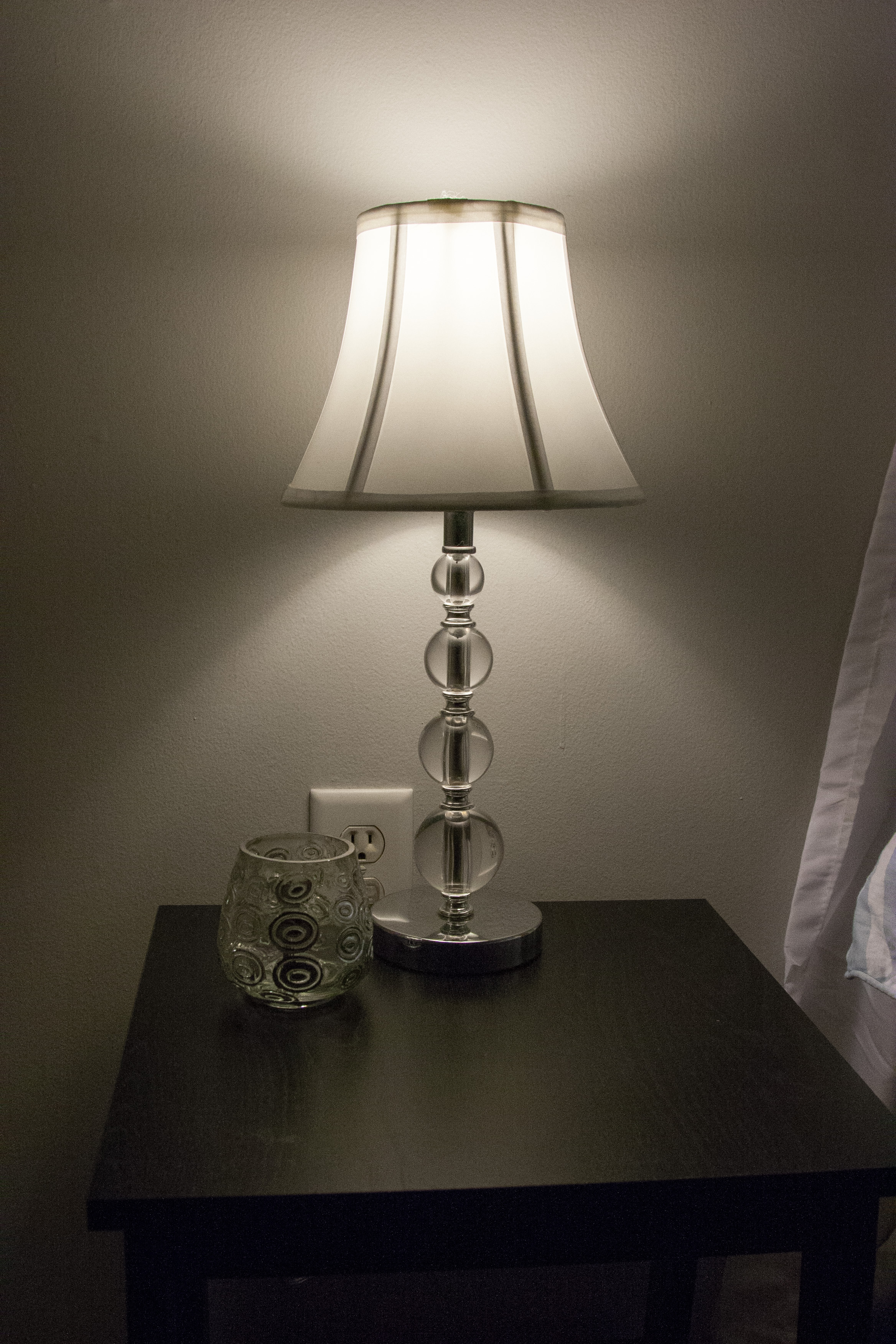 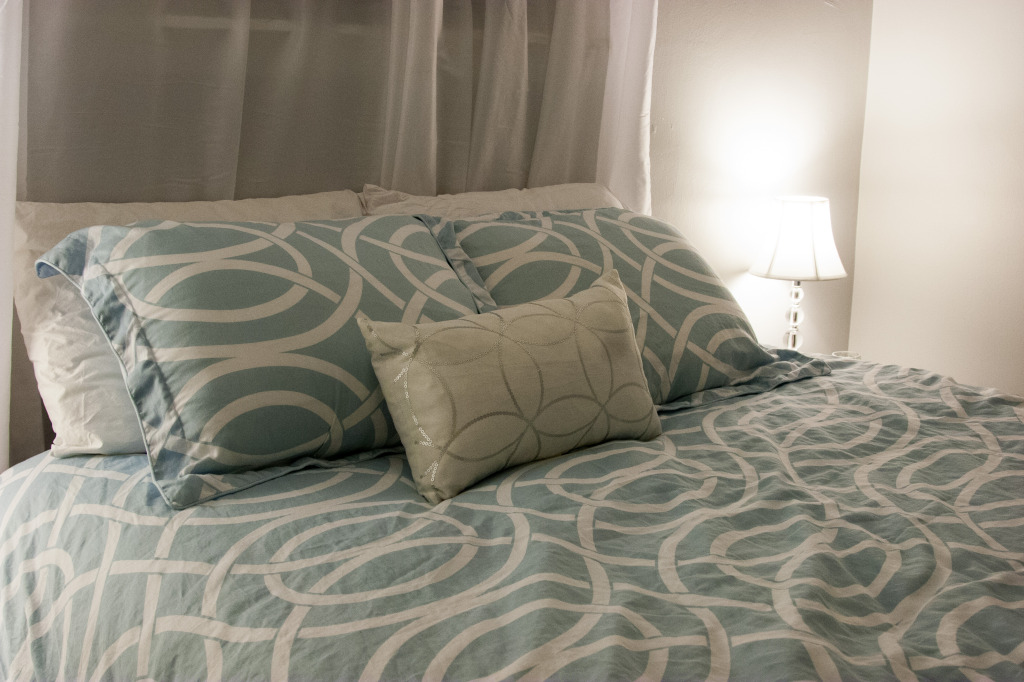 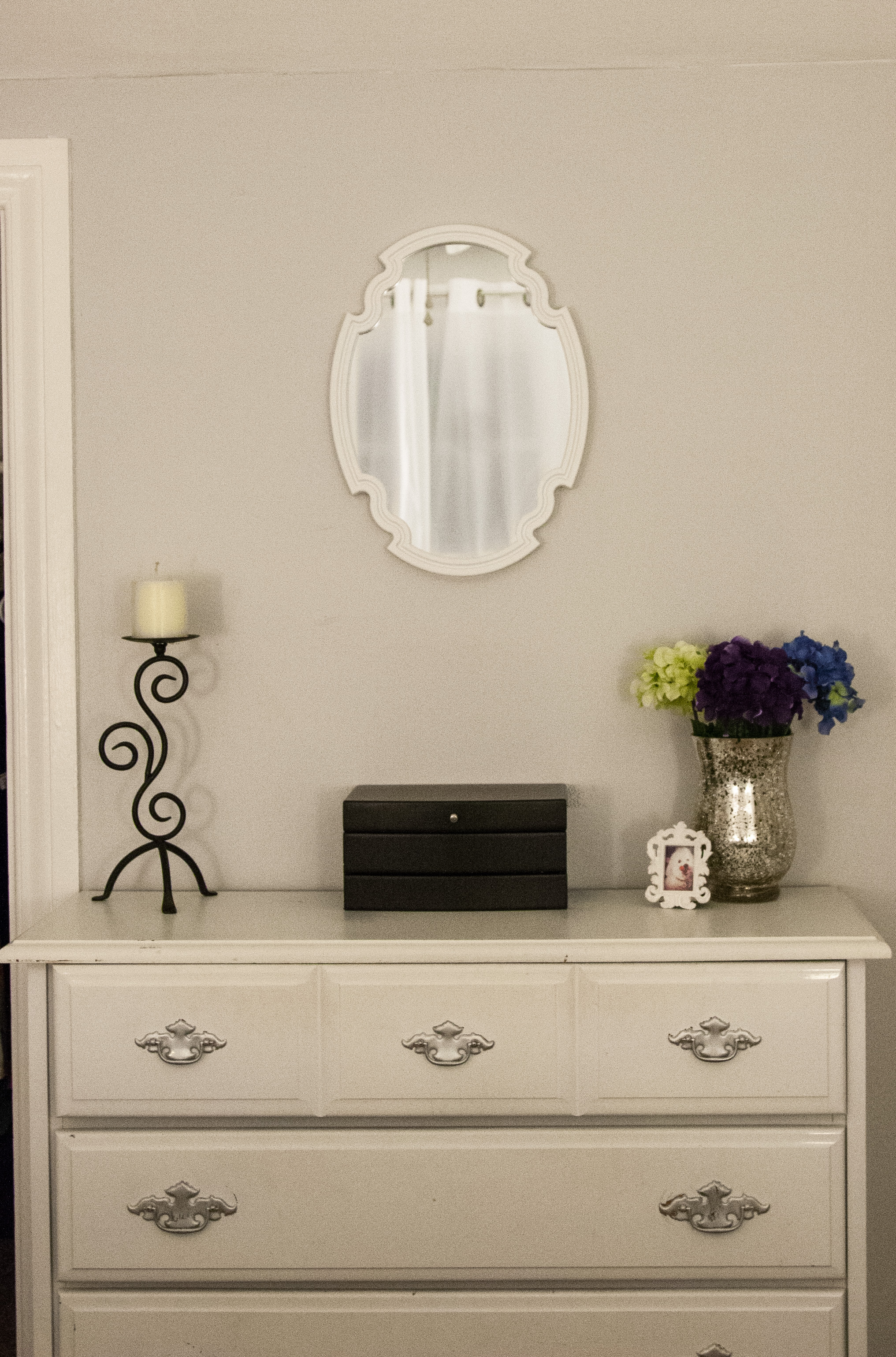 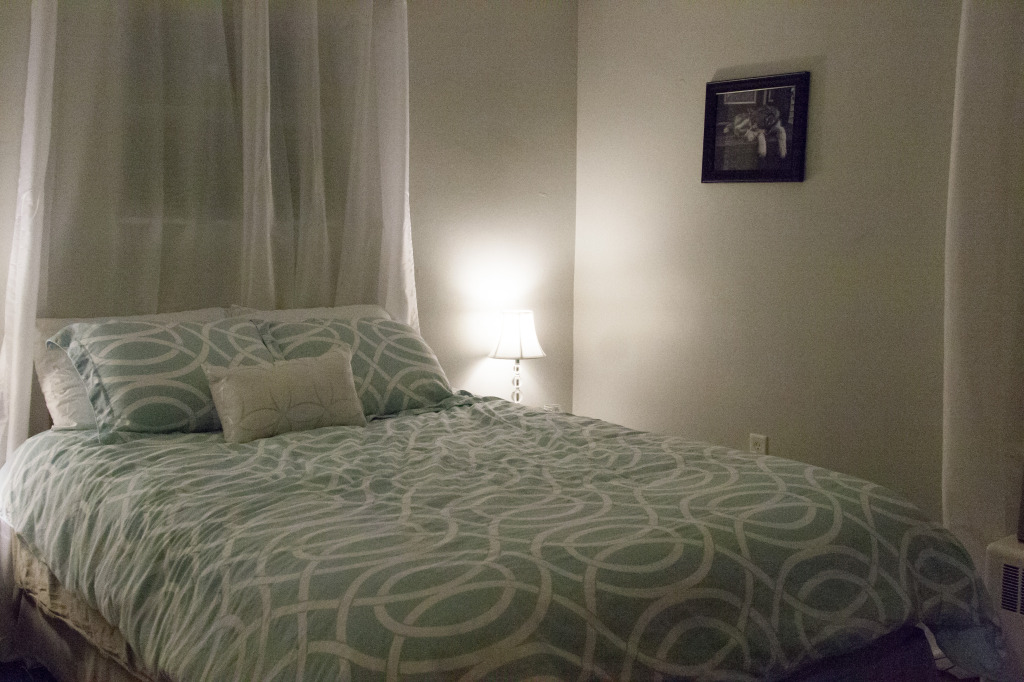