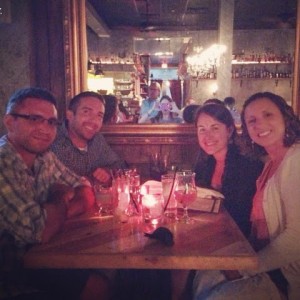 I am not much of a restaurant reviewer. In fact, I do not know that I have ever written an official review ever (Yelp does not really count). However, I feel that it is my duty to portray my experience at Sweetwater Bar & Grill located in Boynton Beach, Florida. I visited Sweetwater while on my mini vacation a few weeks ago. Ryan had been wanting to try this little gem ever since his coworkers recommended it. So, on my last night in Florida we decided to see what it was all about. 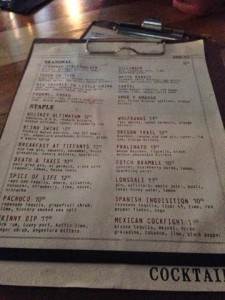 To start, the restaurant is tucked away in a plaza that contains many other businesses and an apartment complex, which allows for ample parking. The restaurant itself is not very large. It is however very quaint and cozy. They have a small, open kitchen that puts out some delicious plates. The bar takes up about half of the length of the room with more liquor bottles than I have seen in one place. Then there are a few high tops, in addition to a wall full of lower dining tables.

What sets this place apart from any other restaurant is their menu. I will start with the drink menu which contains an assortment of creative concoctions one could only imagine dreaming up. We all tried different drinks with a variation of liquors. The mixers were incredible as well. I had a drink that had a few dashes of sriracha in it. Woo wee! Fresh herbs, fruits, and other creative additions bring these drinks to the next level. They even had Absinthe on special that night, so naturally we had to try it. 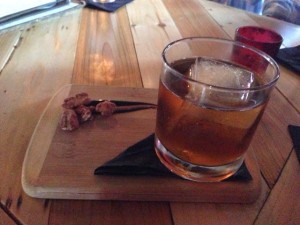 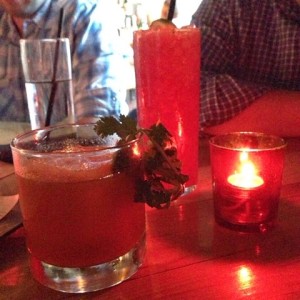 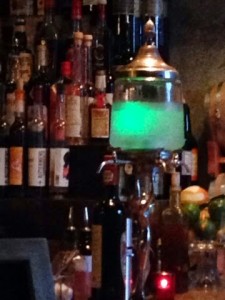 The food menu is just one page, however every last thing we tried was amazing. We were going to just do a happy hour of drinks and appetizers. The baked brie with fruit compote was so delectable, I could have ordered two or three more plates. We also ordered the hand-cut truffle fries and loaded pierogies which were topped with bacon, cheddar cheese, and sour cream…I know, I know. 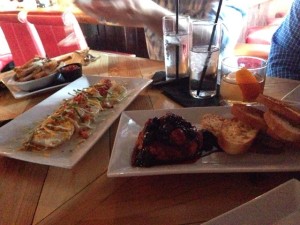 After thoroughly enjoying, literally, every last bite of our treats we decided it would be a great idea to just stay for dinner. Let me tell you, that was probably one of the best decisions we’ve ever made as a group. Between the four of us we enjoyed the Mahi fish tacos, Lobster Macaroni and Cheese, Pulled Pork Tacos, and Scallops. Thankfully, everyone was more than willing to share with each other.

So really, the best advice I can give to anyone who will be visiting the Boynton Beach area is to step through the doors of Sweetwater. You will not be disappointed by the food, drinks, or service.