Even though this was the first full week after all of the holiday madness, it was still decently busy.

Sunday
Sunday was a very lazy day, just as Saturday was. This kind of weekend was needed after the holidays though. I decided to make one of my easy go-to meals for Nick and I…turkey tacos. You really can not go wrong here. For toppings I had shredded cheddar cheese, salsa, sour cream, chopped lettuce, and of course turkey taco meat. I typically pair it with some variation of Mexican rice, but I decided we could just have chips and salsa. Plus, this left room for homemade caramel corn during our movie. 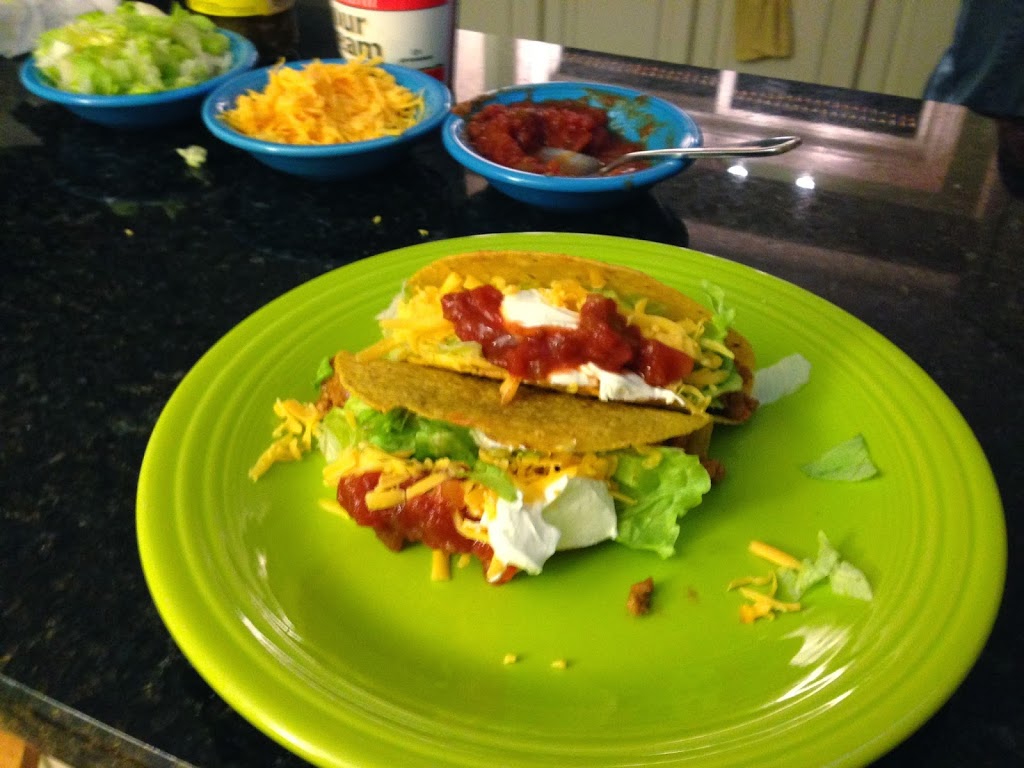 Monday I celebrated my 27th birthday. Nick told me he was going to take me out to dinner but kept the location a secret. We ended up going to The Macaroni Grill which used to be an old favorite of mine back in high school. My friends and I would go there every year on my birthday and I always created my own pasta bowl. It had been quite a few years though since I had been. Nick remembered me telling him this story so he decided it would be nice to go back like old times. This year I enjoyed a Caesar salad and Eggplant Parmesan. 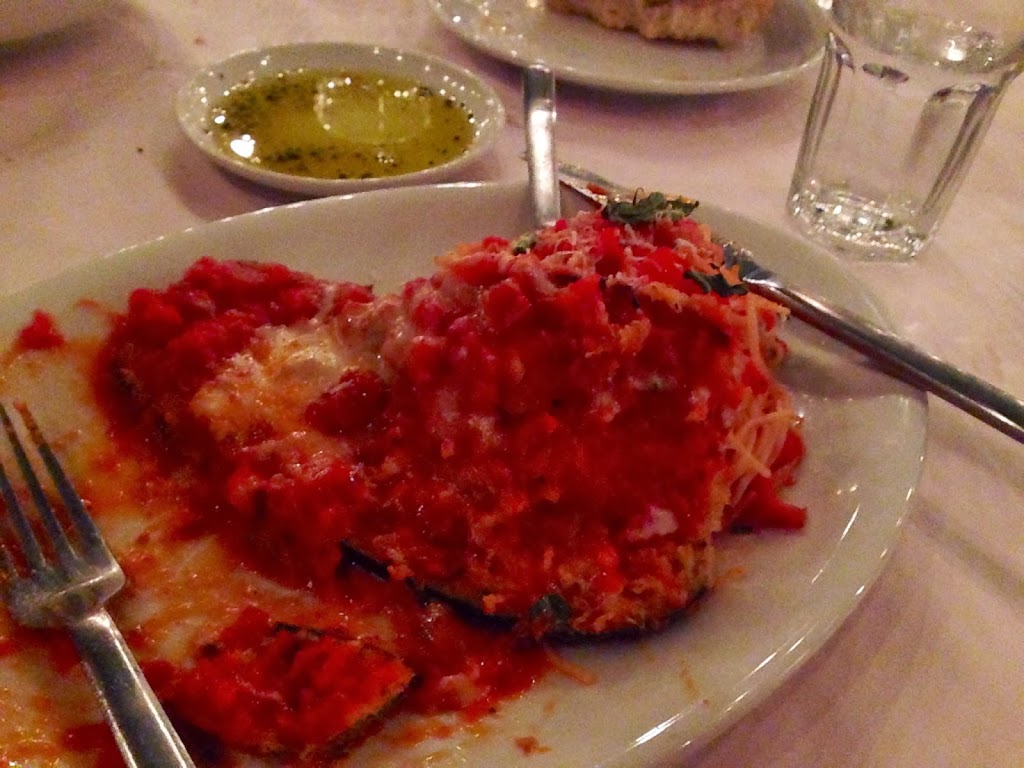 Tuesday
This would have been Girl’s Night for me, however I had plans to hang out with my little girlfriend. She had already eaten dinner when I arrived so I made myself a flat bread. They had all of the ingredients to top it with roasted chicken, peppers, and cheddar cheese. It was delicious. The rest of the night was spent playing game after game of Uno Attack! 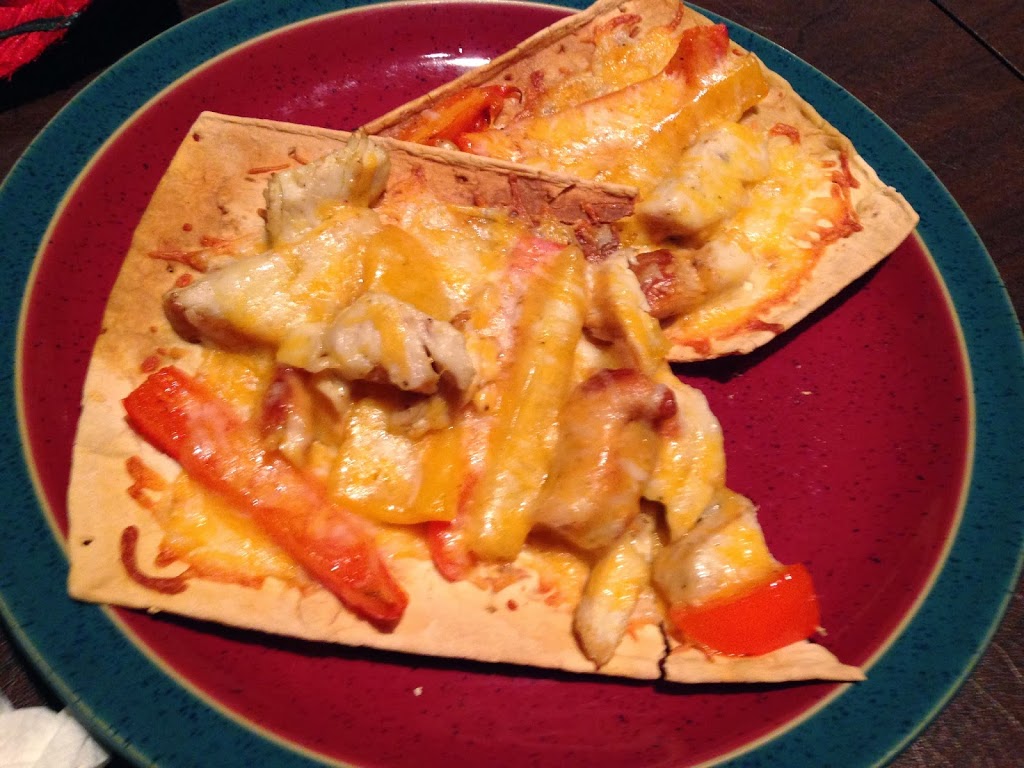 Wednesday
One of my favorite nights of the month is my Girls Night out with Sabrina, Joyce, and Jamie. Not only is it great company and conversation, but these girls like to eat just as much as I do. We always try a bunch of different things to share. This month we chose Thai cuisine. There is a fairly new restaurant not far from my house. To start we had edamame and “crusty crab” bites, which were very similar to a crab rangoon. Now my main course has a funny story. I had ordered the Mango Chicken, thinking I was going to enjoy a mango chicken curry dish. However, unbeknownst to me, there are two dishes on the menu with similar names. Instead I had the Orange Mango Chicken entree. I felt bad sending it back so I decided to stick with it. Luckily, it was still very delicious. For dessert, I was the FIRST ever in the restaurants three or four month history to enjoy the Banana Roti. I would describe it as being similar to bananas foster. The bananas were wrapped in a pita-like bread and drizzled with a grand mariner caramel sauce. It was paired with coconut ice cream. Everything was delicious! 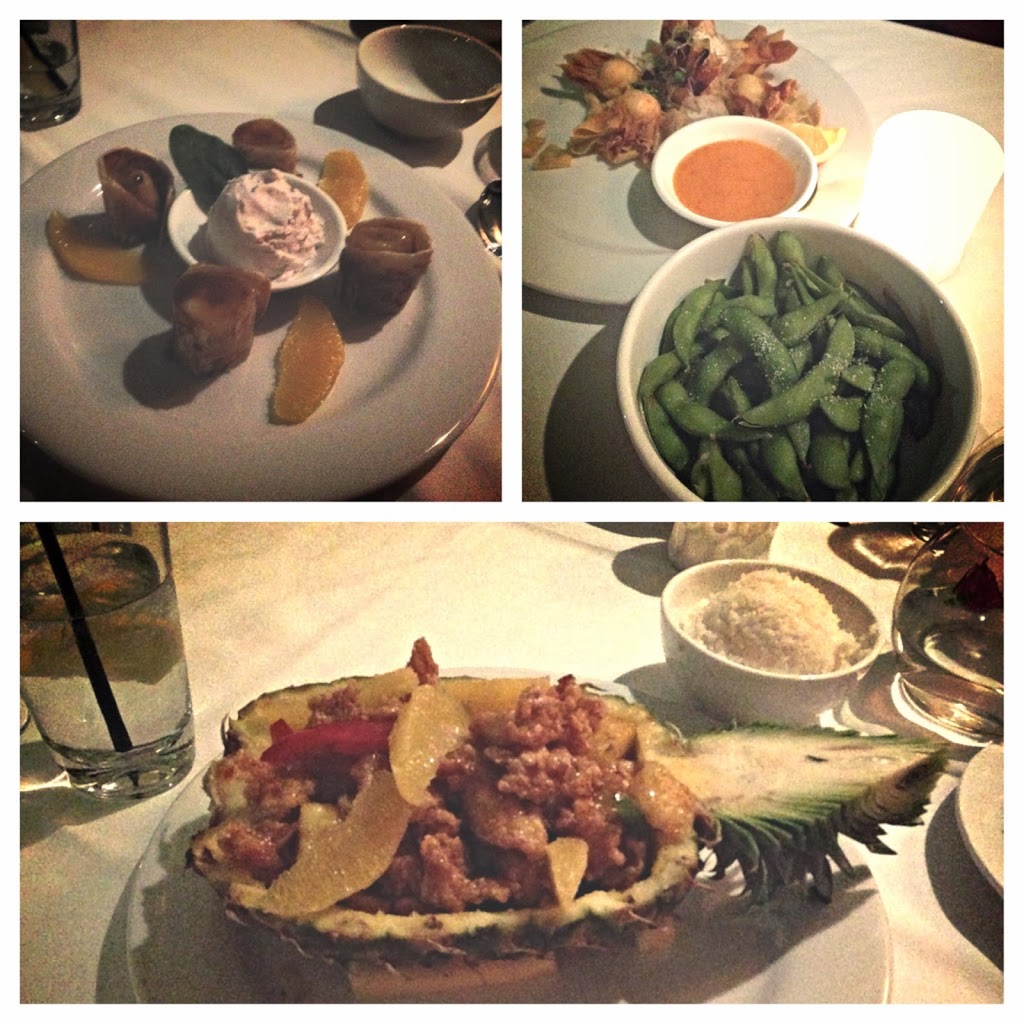 Thursday
Since Nick wouldn’t be home until after 7:00 and I had a soccer game at 8:00, I decided to have my leftovers from my birthday dinner. It was just enough since I had only ate half the first time. It was also just as delicious as the first time. 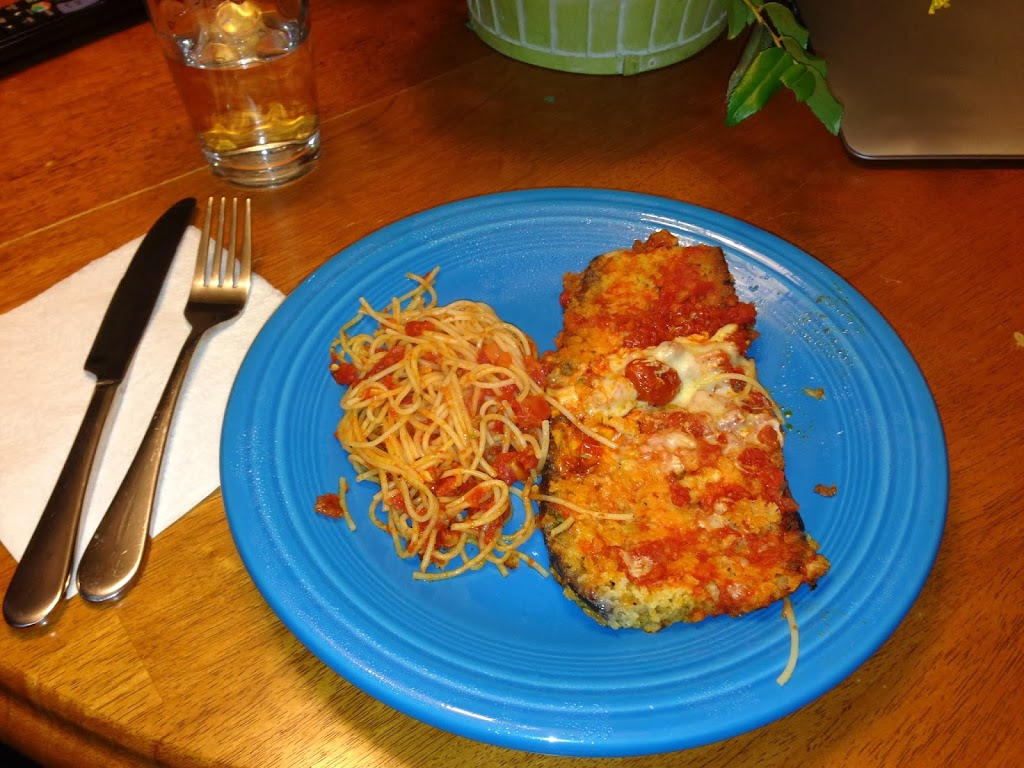 Friday
I decided to have a little get together with friends for a birthday party. Nick and I had a quick dinner of veggie burgers and fries. I was too preoccupied getting things together before our friends arrived that I forgot to take a picture. I laid out snacks for everyone to enjoy including spinach dip, buffalo chicken dip, and meatballs.
Saturday
The morning was spent making the cutest little cupcakes for my girlfriend’s daughter’s birthday party (post to come soon). At the party, I enjoyed plenty of snacks and small bites. Since I filled up at the party, I wanted a lighter dinner so I heated up a bowl of Nick’s dad’s corn chowder. It’s always delicious. After Nick came home we enjoyed ice cream sundaes and a movie. 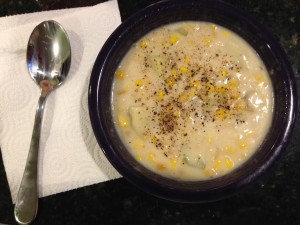 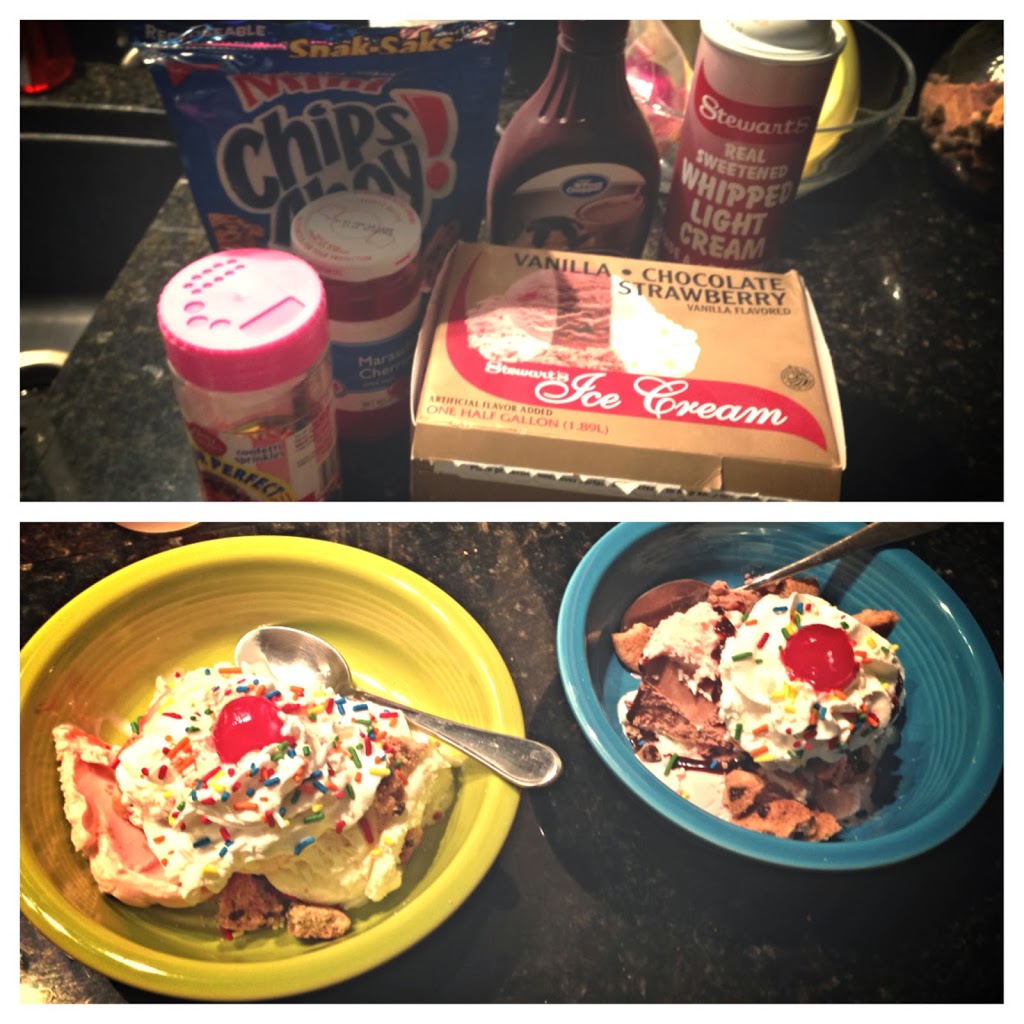