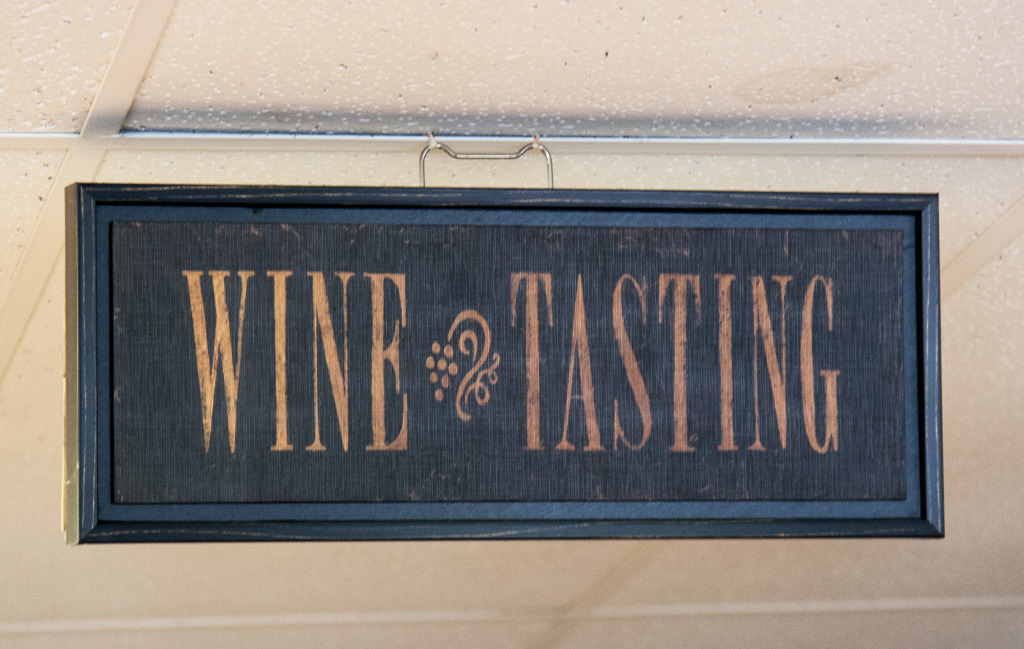 I have previously mentioned that one of my good friends, Theresa, is marrying her sweetheart. The Big Day is quickly approaching with lots to do in between. Theresa and Matt decided that they wanted to make their own wine for their wedding favors. The most difficult part of this idea though was deciding exactly which wine to make. To solve this, Theresa came up with the great idea of a wine tasting afternoon!

Somehow she was able to corale the entire bridal party (minus one groomsman), parents on both sides, and a few signicant others for the same afternoon. This includes one of the groomsman who flew all the way from California to be apart of the festivities! Props to Adam! In total we had a group of about 20 people.

We started in the morning with a brunch so that everyone could get to know each other. Sort of a meet in greet since some of us were meeting for the first time. Theresa and Co. came up with a delicious menu that I’m pretty sure everyone enjoyed. We also had an array of delicious beverages from peach bellinis to bloody marys to start off the celebrations.

At noon our transportation arrived; a giant yellow school bus! It was about an hour ride to Lakeland Winery. Some of that ride was spent playing a round of trivia, coming up with our elementary school alias, and a ballad or two of various songs I may or may not have known. 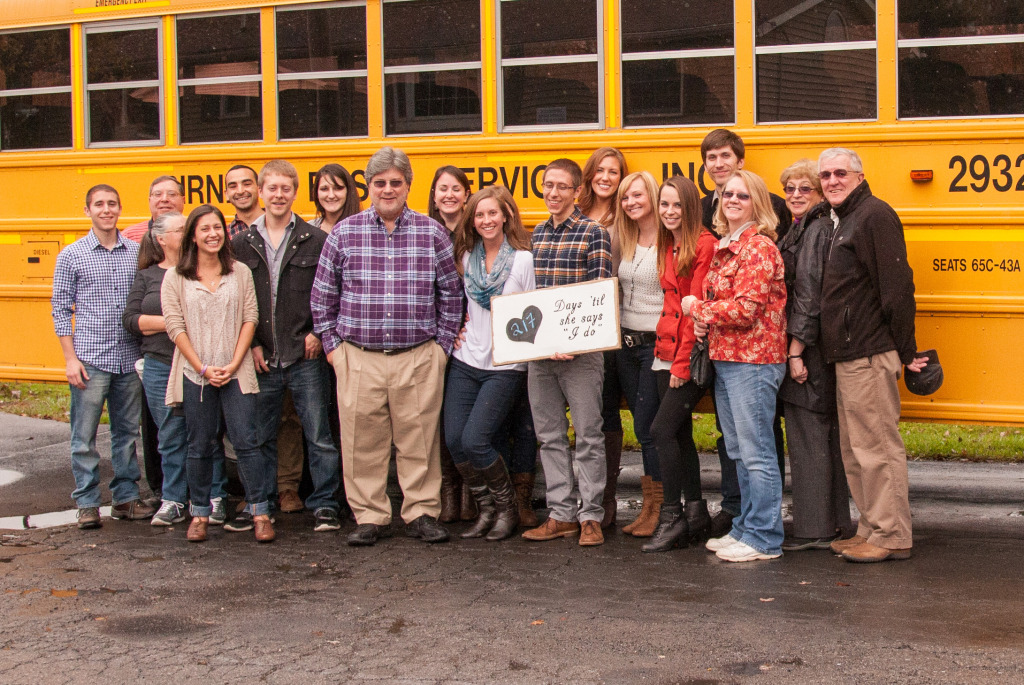 Once we were all settled in and the snacks dispersed throughout the tasting room, the ladies at Lakeland Winery starting pouring. We had over 25 tastings to get through. The wines varied between whites and red, sweet and dry, and a few other characteristics. During the tasting, the ladies would inform us which of the wines we were currently tasting were in the running for the wine to be made so that we could cast a vote. 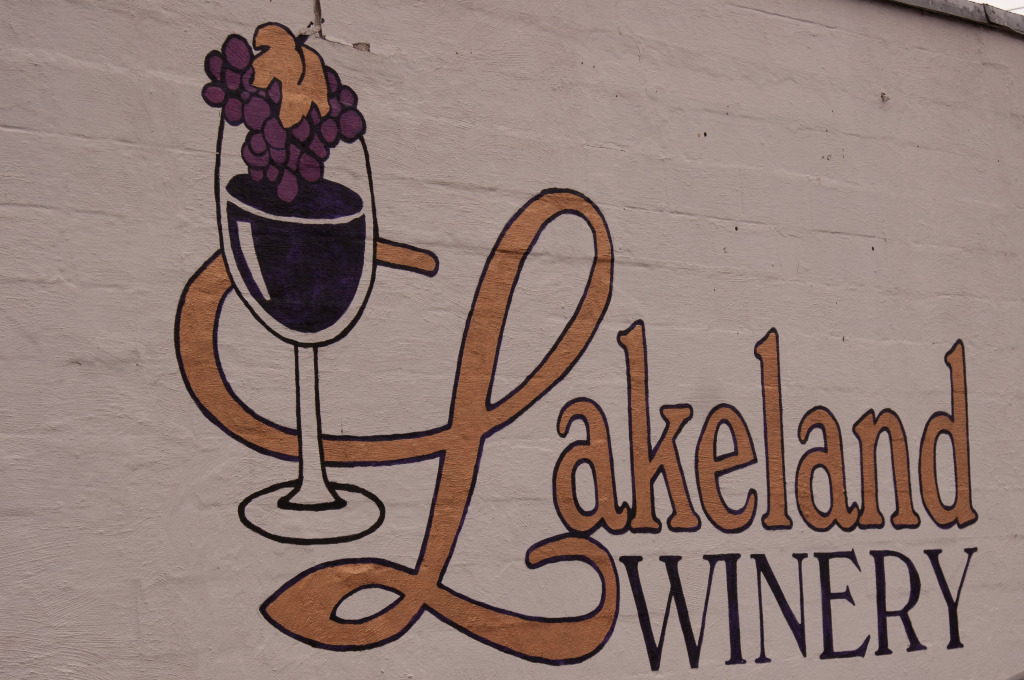 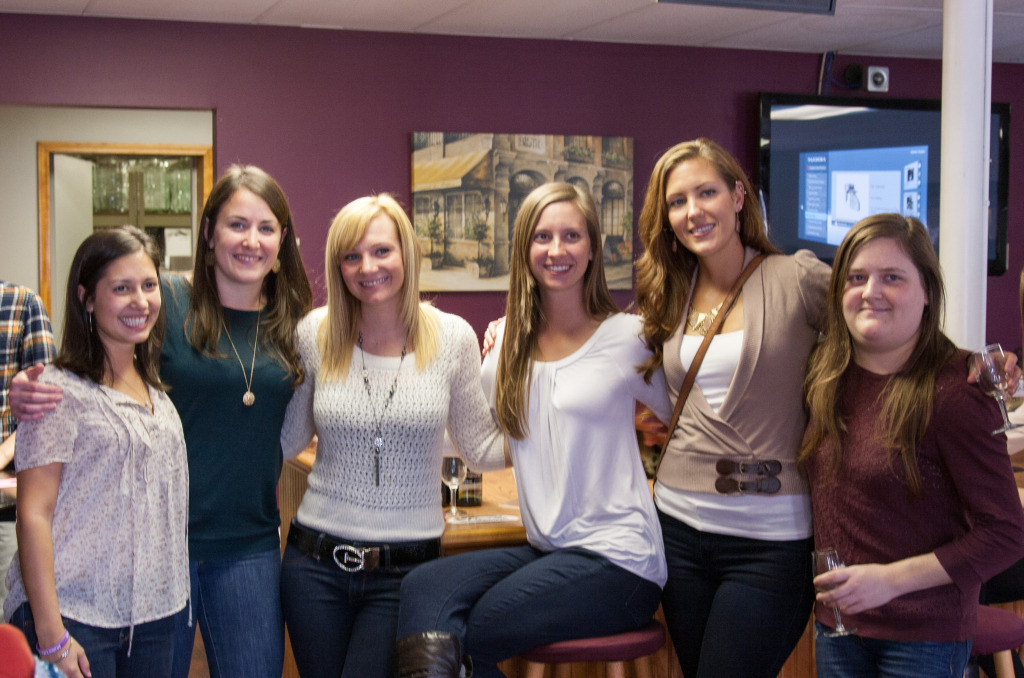 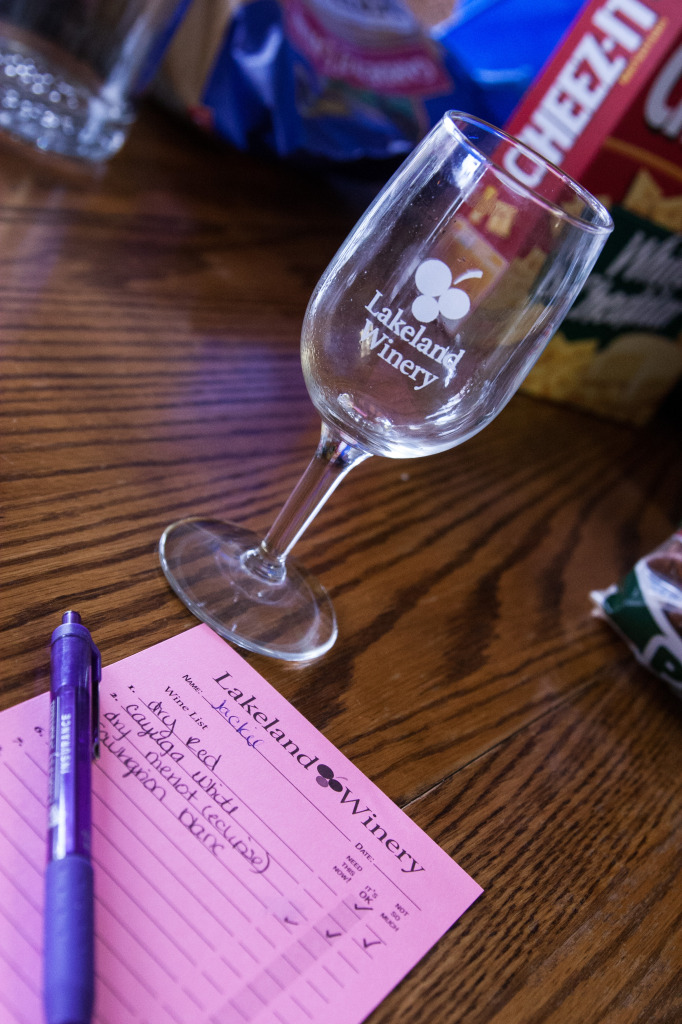 After completing all of the tastings, the group picked the wine for Theresa and Matt to make. To add to the fun, they were going to make the wine right then and there. With the help of the Maid of Honor and Best Man (and a few other friends), they combined two containers of wine mixture. Of course it turned into a competition of who could finish their batch first. I’m still not 100% on who won. Either way, they had a great time! The couple will be going back in December to bottle the finished product and design their labels. 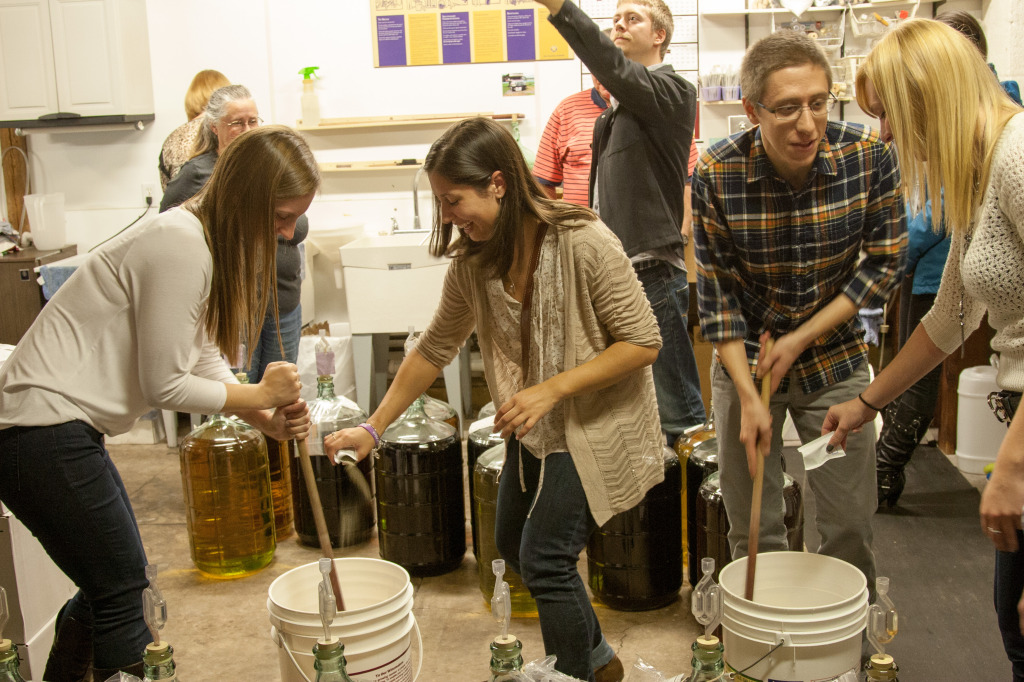 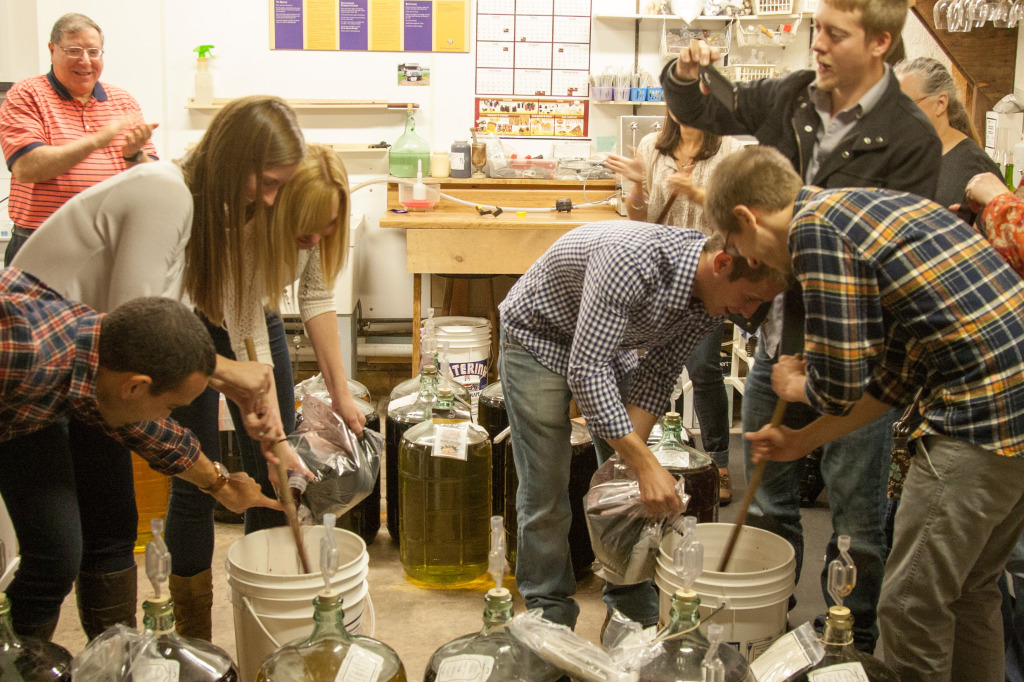 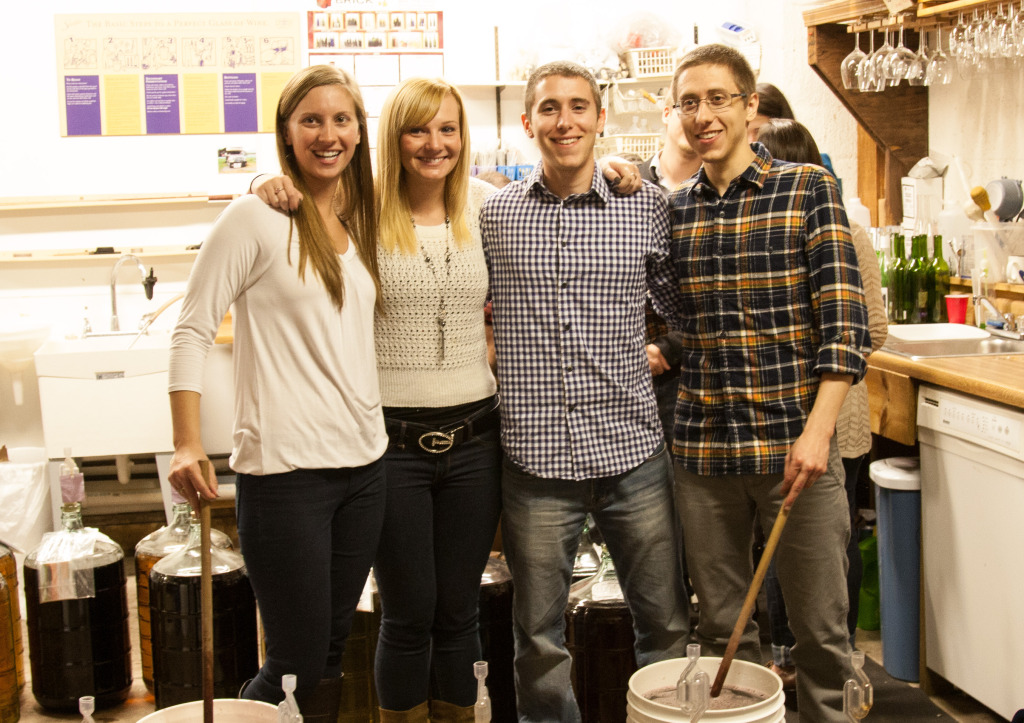 The rest of the evening was spent with many laughs playing our favorite games. There is no better way to get to know a person than with Cards Against Humanities and The Game of Things. It really brings out the good, the bad, and the ugly in people. We ended the night appropriately with a showing of The Hangover. Theresa and Matt rallied a great group of people to share their Wedding Day with. We have a lot more celebrations ahead of us and I’m looking forward to every one of them.