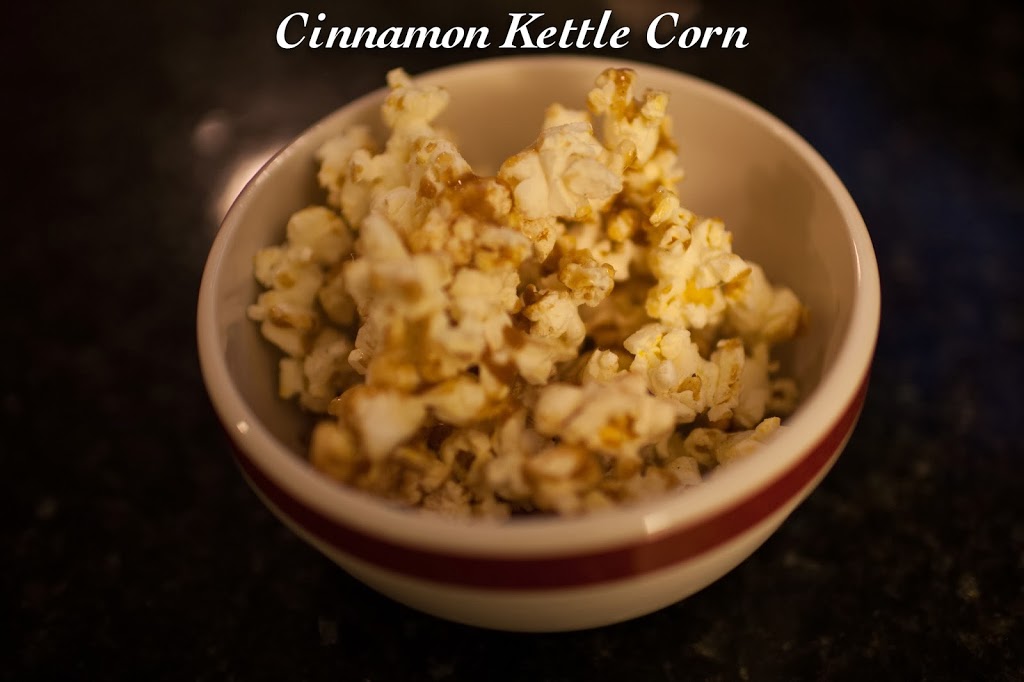 I have quite a few cook books with dozens of delicious recipes. However, since the creation of Pinterest I have found myself turning towards the web rather than the hardcover. I decided to give myself a challenge and utilize my books by creating a recipe from them at least once a week.

My favorite Food Network star has to be Giada De Laurentiis. She creates dishes that are fun, creative, and most of the time healthy. This past November her cookbook Feel Good Food was released. I received it as a Christmas gift. She created healthy, delicious recipes for any meal. One recipe that caught my eye (mostly because I seemed to have all of the ingredients) was her Cinnamon Kettle Corn. I decided to give it try for a delicious after dinner snack.

Combine the oil and popcorn kernels in a large heavy saucepan. Cover and cook over med-high heat, shaking the pan occasionally, until the kernels have popped, about 8 minutes. Transfer the popcorn to the prepared bowl. **

Heat a 12-inch nonstick skillet over medium heat. Add the sugar and cook, stirring occasionally, until sugar melts, about 8 minutes. Remove the skillet from the heat and carefully stir in the vanilla and cinnamon.

Carefully drizzle the melted sugar mixture over the popcorn. Using 2 wooden spoons, toss until the popcorn is coated with sugar mixtures. Transfer the mixture to the prepared baking sheet and let cool for 10 minutes. Break the caramel corn into 1-to-2-inch pieces before serving or storing.

I also sprinkled the popcorn with a touch of cinnamon for a little extra spice.

** To save some time, I used a bag of Light Butter Microwaveable Popcorn rather than popping the kernels in the oven.** 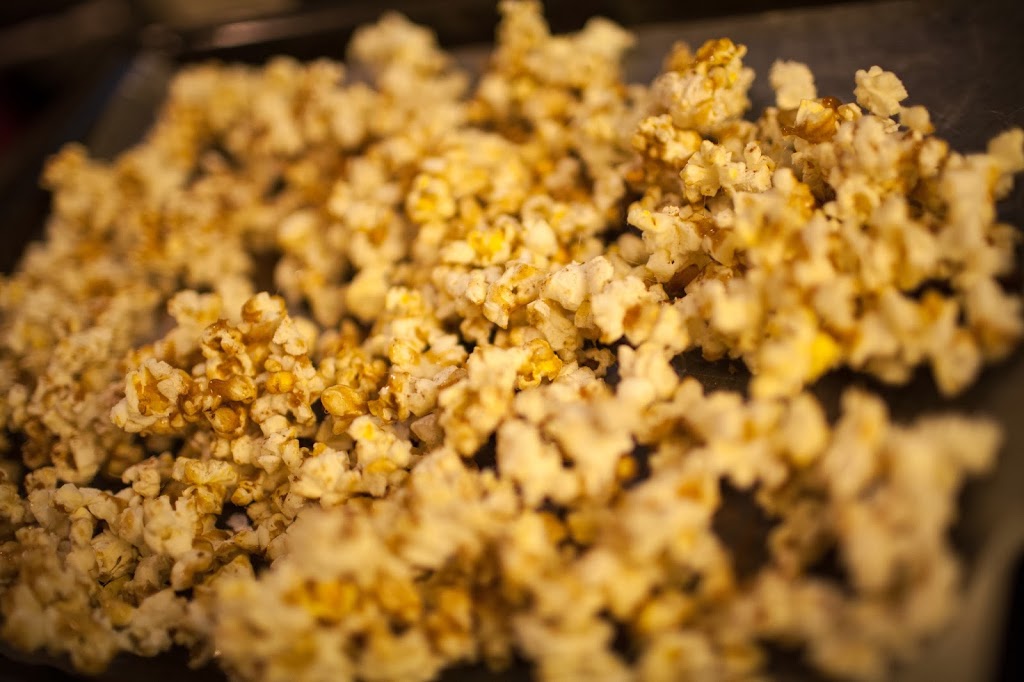