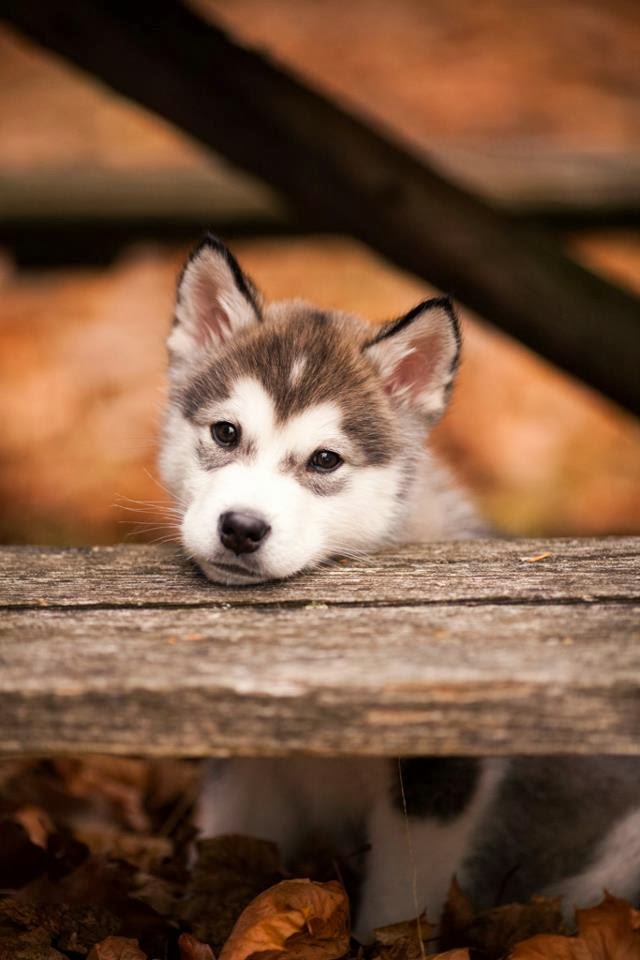 Anyone who knows me, whether having met me five minutes ago or has known me my whole life, is aware of my love for dogs. I love dogs of all shapes and sizes. They are man’s best friend. Someone to come home to who is so excited to see you no matter what kind of day they have had. Someone who depends on you and is loyal to you. The relationship an owner and a dog has is unlike any other. So, because of all that I have always wanted a dog of my very own. Not one to share with my siblings or parents. A dog that I can say is mine just as I am his.

After we closed on the house, I thought it was finally time for me to get a dog. I was constantly pursuing various breeder and adoption websites looking for the perfect canine. I drove Nick crazy with the picture messages and emails I would send him of the most adorable little puppies on a daily basis. After some major arm twisting and constant pestering, I finally got Nick to agree to getting a dog. The dog after all would be living in OUR house, so I could not really go out and get a dog without him knowing about it. He had two conditions though. It had to be an Alaskan-type breed and his name had to be Quattro. For those who are unaware, Nick is an Audi enthusiast so that name was nothing but fitting for our future dog. So my research began. I learned about a handful of breeds that would fit Nick’s criteria: Siberian Huskies, Samoyed’s, American Eskimos,  and Alaskan Malamutes. I learned about their temperament, their health, how trainable they are, their eating habits, and personalities. You name it, I read about how it pertained to each individual breed. Finally, we came to the decision to get an Alaskan Malamute.  This breed is often confused with the Siberian Husky. “Awww look at the husky!” is a running joke in our house. They are the largest of the Alaskan breeds. Strong. Dependable. Smart. Loyal. Perfect for us!

Then came the more difficult task; finding a breeder within driving distance. I had been in contact with a breeder in Northern Vermont that had a liter coming in the next few months. However, one day I came across another breeder in Buffalo, NY. And wouldn’t you know it, they were having a sale on their remaining two puppies left from a recent litter. The puppies would be ready for pick up in a week. This was it. I had found our dog. I immediately sent Nick the picture of “Gray Star” (as he was known to his surrogate family) and he too agreed that this was the dog for us. I called the breeder and placed the deposit.  We were able to pick him up two days before Christmas. It was a dream come true. I believe my Facebook status that day was “Today is the day all of my dreams come true…” Nick and I set out early in the morning on our journey to Buffalo. I was so excited the entire way out there. I could not wait to hold this little guy in my arms. As we pulled into the driveway, I could see two little puppy heads pop up form the kennel. My heart stopped. I could not contain myself. After a few breathing exercises, we got out of the car and went to the front door to meet the breeders. As soon as I walked in the door this adorable, fluffy creature came walking towards us. I was hesitant to pick him up at first, but then remembered that he was ours! 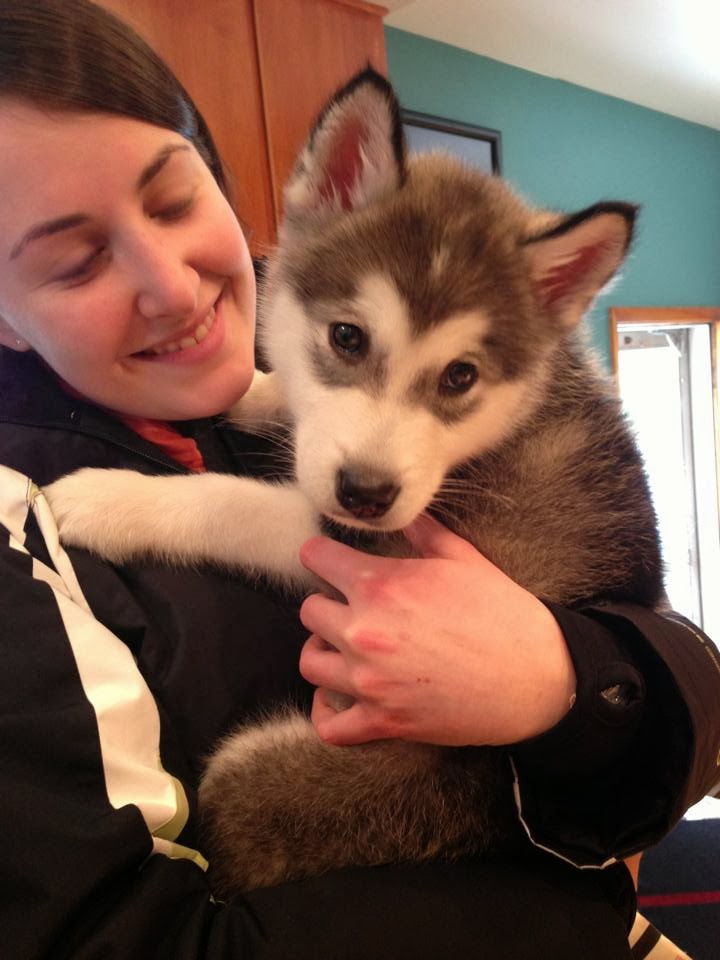 After the breeders showed us Quattro’s parents and giving us the details of his diet and development process, we were on our way back home. Being that he was so small, Quattro rode on my lap the whole snowy ride. We became comfortable with each other pretty quickly. 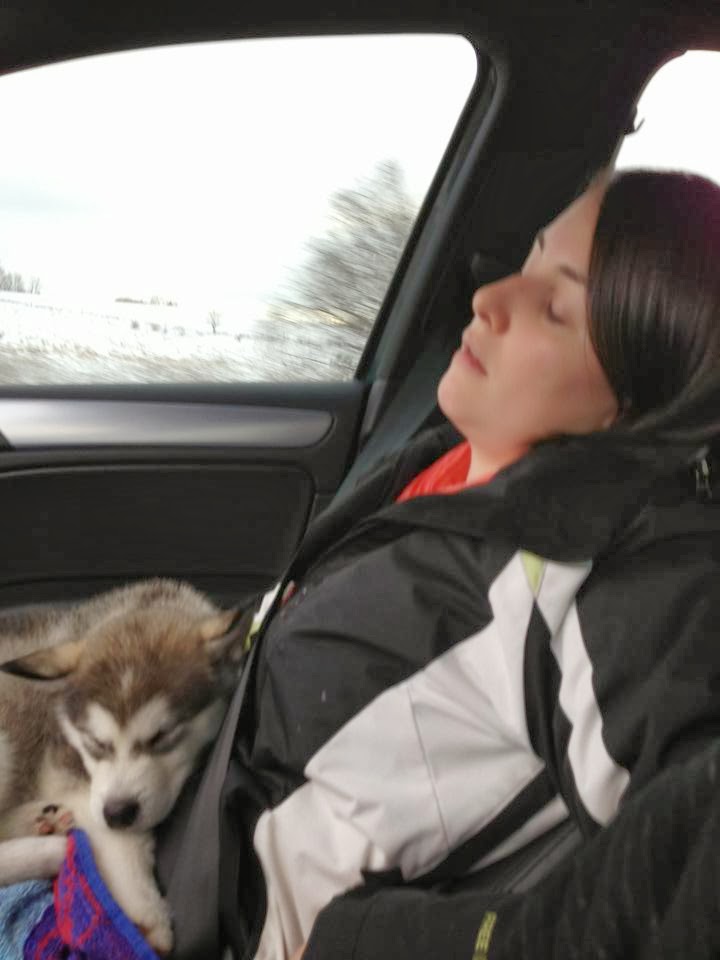 He was introduced to a lot of people and four legged friends almost immediately. It was a little overwhelming at first for him, but we thought it was best he get used to other people and other animals as quickly as possible. Luckily being that it was Christmas, he had ample opportunity to be around others. The first two days were a lot for him and us. A lot of crying (on his end) and sleeplessness (on our end). But I must say, Quattro was defiantly the best Christmas gift ever. 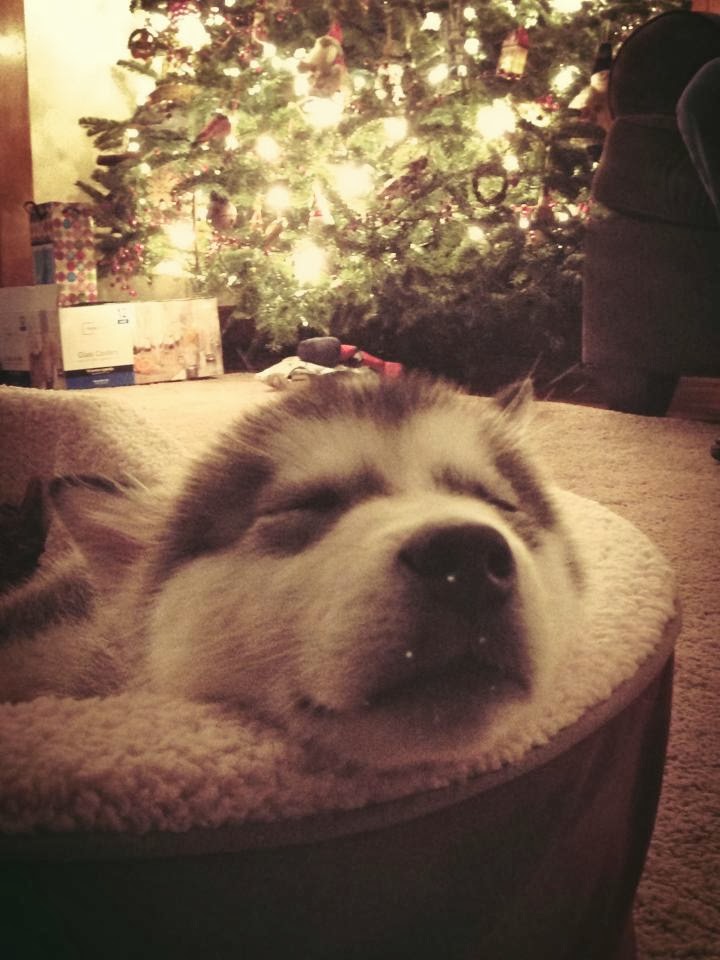