This New Year’s Eve Nick and I hosted our second annual New Year’s Eve party. I am pretty confident in saying that it was just as successful as last year. We invited the normal crew with a few additions. To keep things simple, we had everyone bring a snack and drink to share. Champagne was provided by yours truly for the midnight toast. 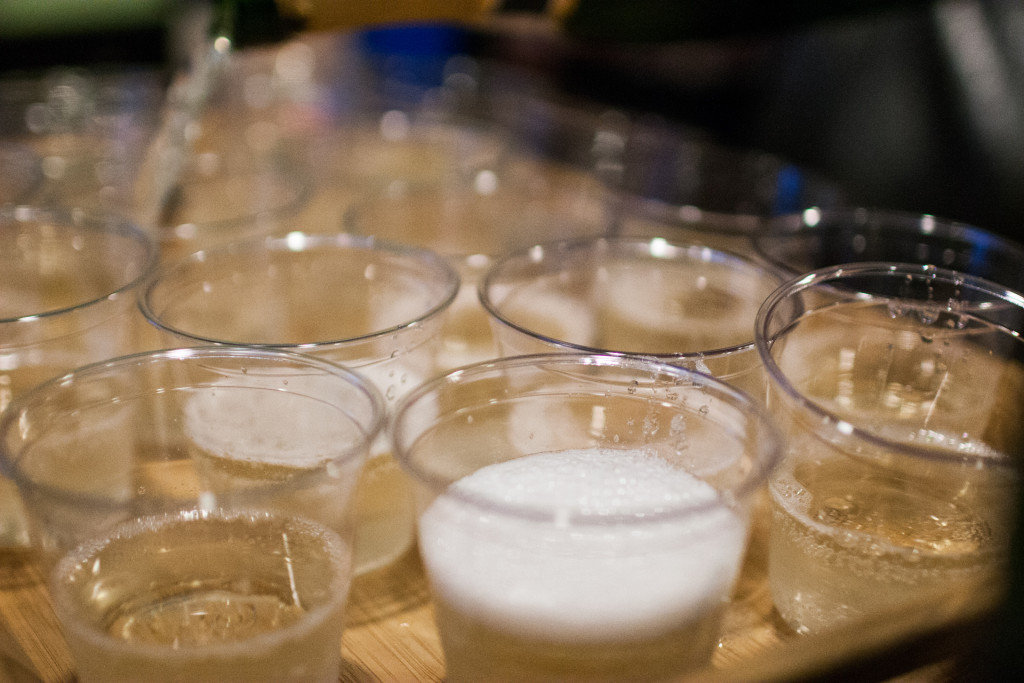 One thing I added this year was a DIY Photo Booth. You see them at weddings all of the time now in different styles and formations. The most recent wedding we attended though I realized it could be very simple to create at home; especially given the fact that Nick has some killer camera gear. So here is what I did:

First, I purchased a fun piece of fabric. You really could tailor it to any occasion here. I kept it the width of the roll and just had the piece cut seven feet long. I figured this would allow for plenty of wall coverage.

Next, I created fun props. I recycled the hats, tiaras, and leis from last years’ party. I also found some 2015 glasses and a few more tiaras at the party store. Then I was able to print off different shapes from a template I found online. There were mustaches, lips, ties, and a few other fun things. I colored some of them in with metallic markers and then taped them to skewers that were wrapped in gold pipe cleaner. 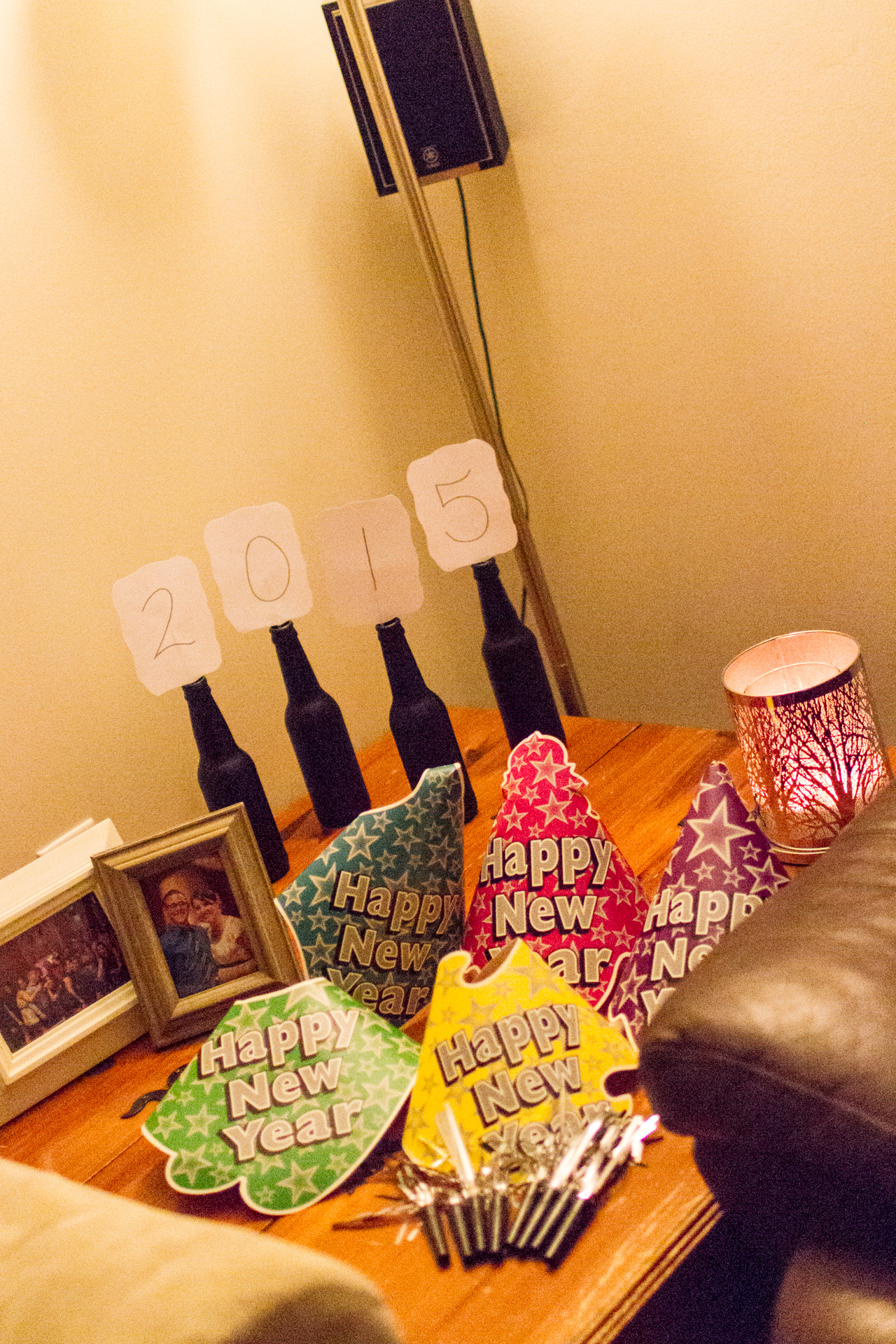 For the set up, I just utilized a blank wall that would be some what out of the way from the rest of the party. I hung up the fabric by using the hooks I had from the DIY Christmas Card holder and just cut little slits in the fabric to hang from. I placed the props in a festive vase and used Nick’s tripod to set up the camera.

The photo booth was definitely an excellent but cheap addition to the party. It was so simple to set up that I am sure I will have it again next year. The photos came out great and I think everyone had a fun time using it throughout the night. 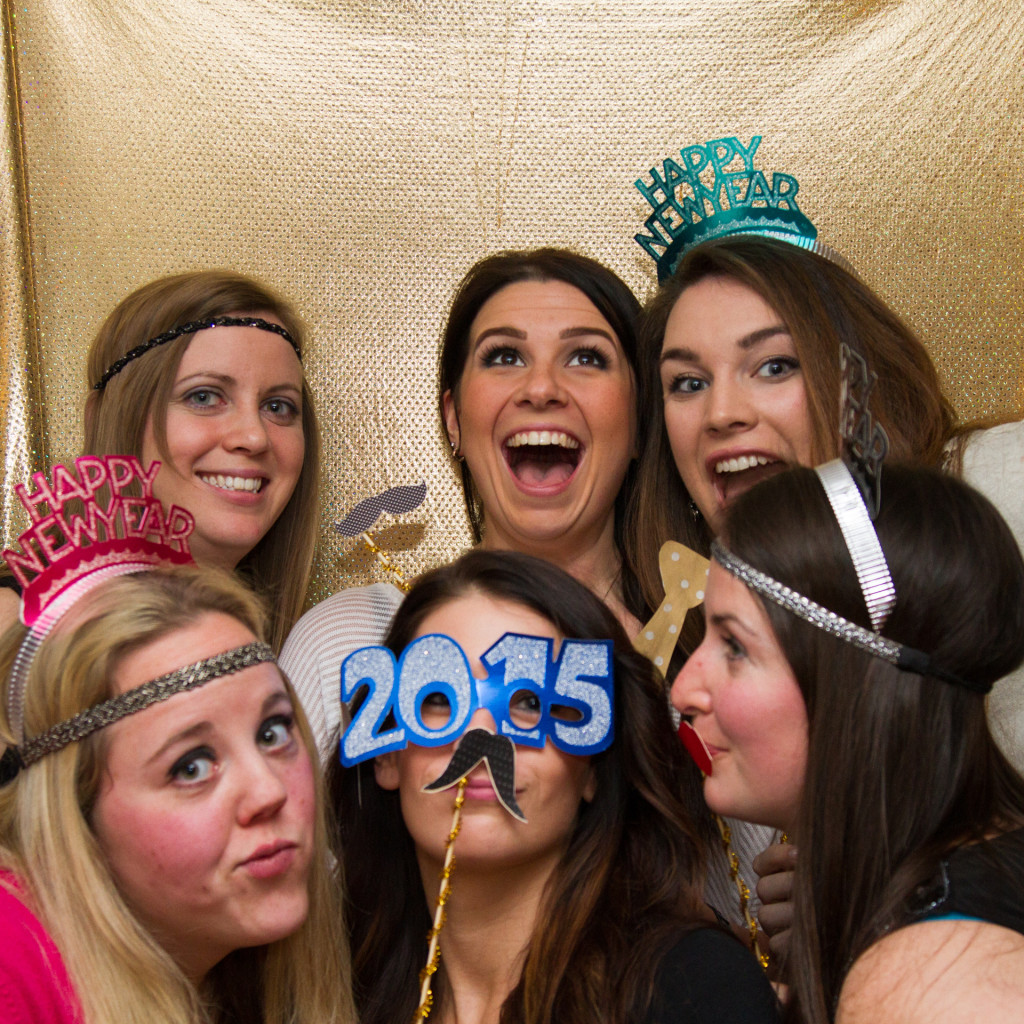 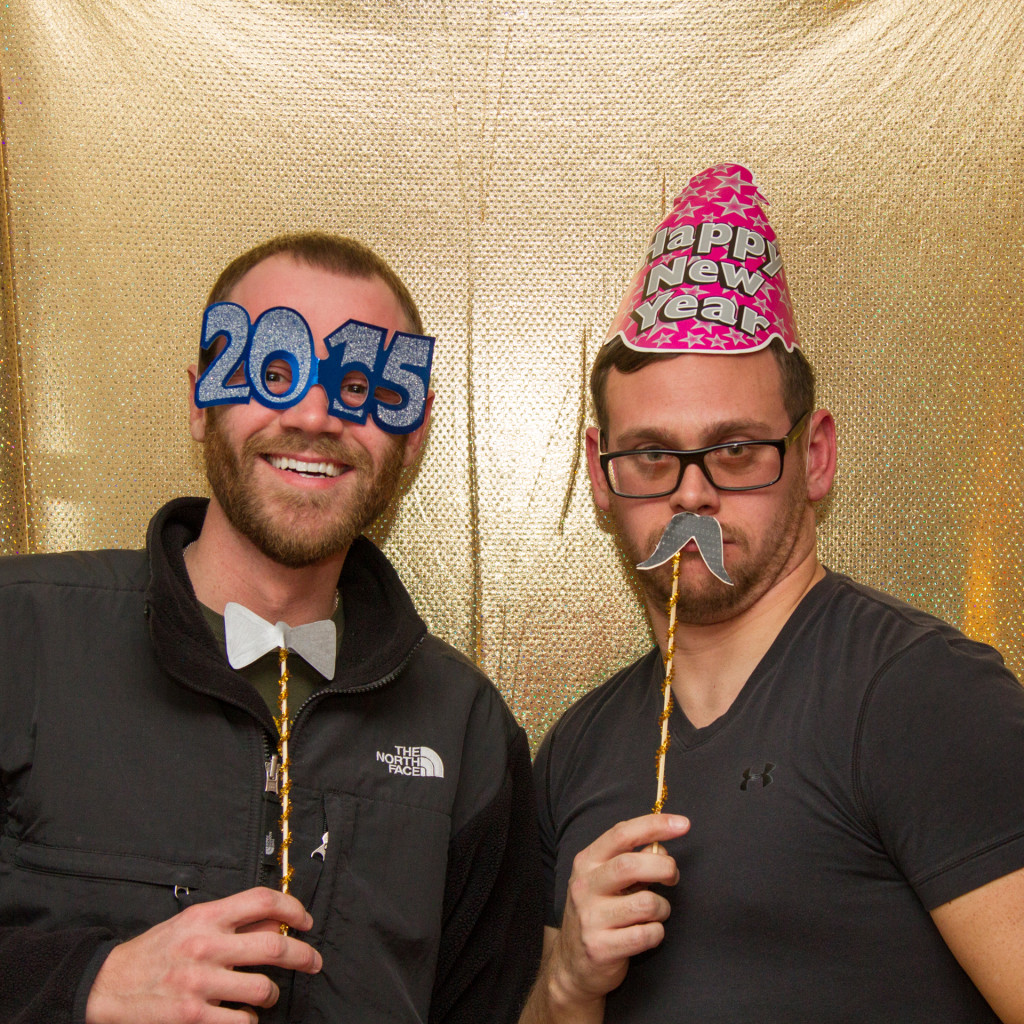 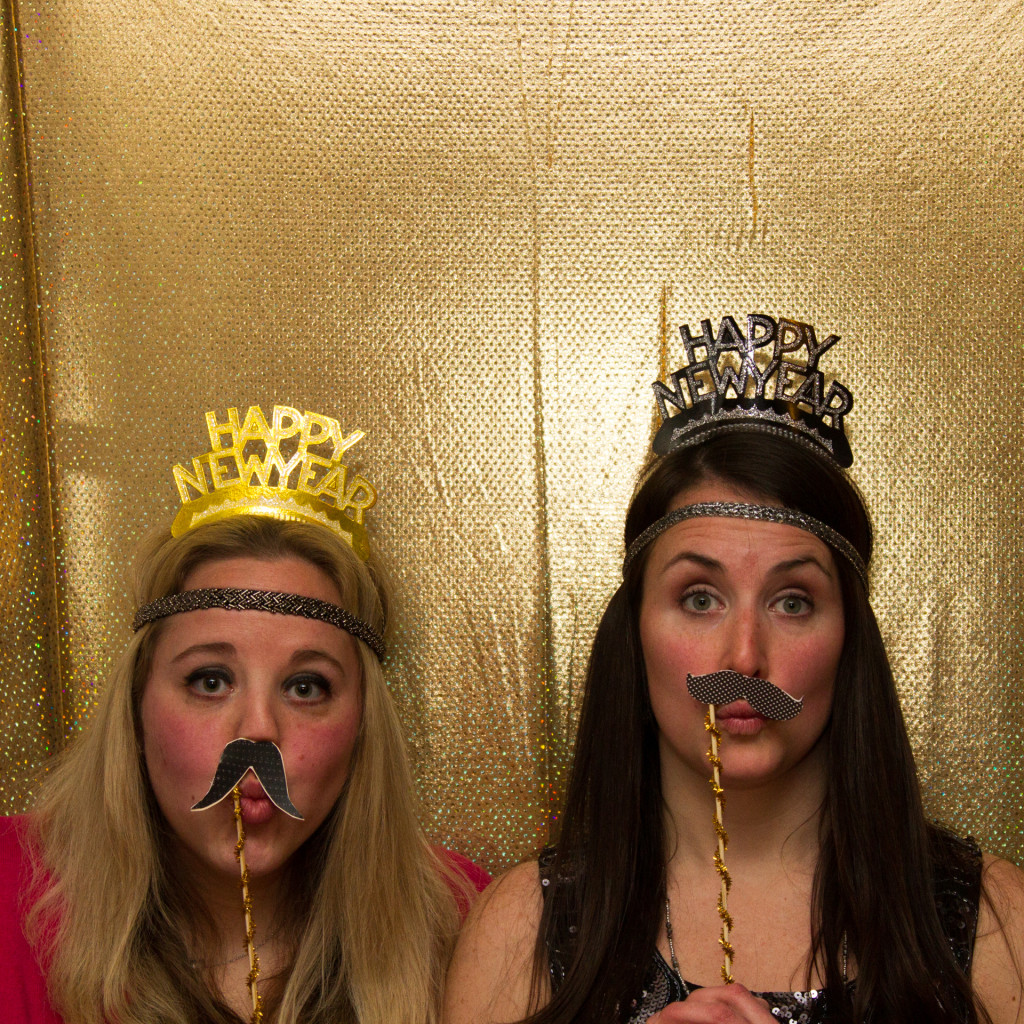 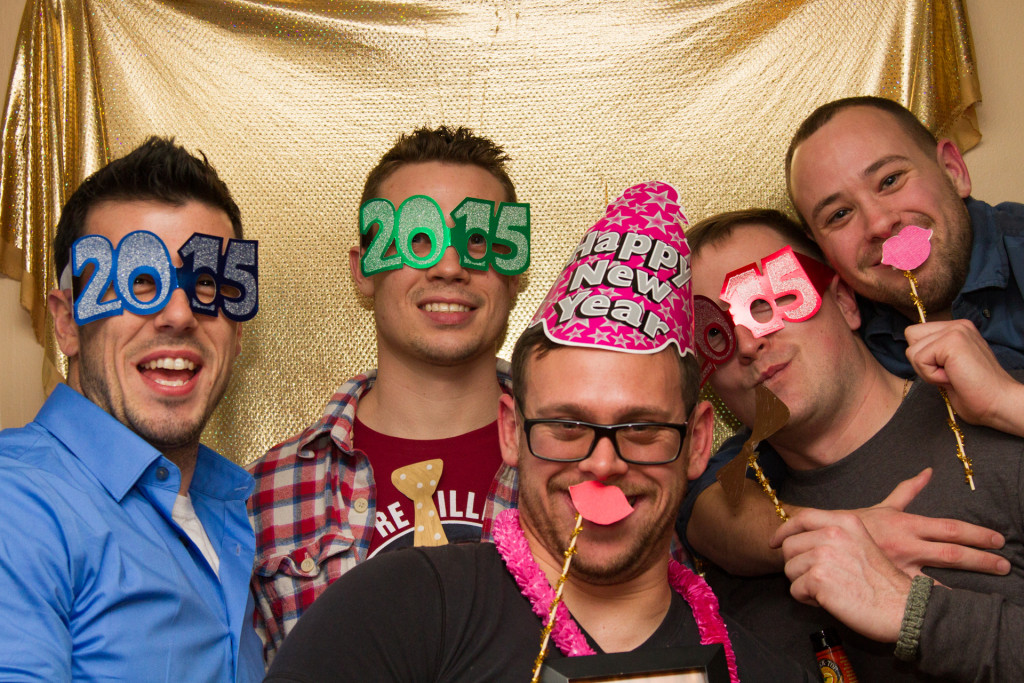 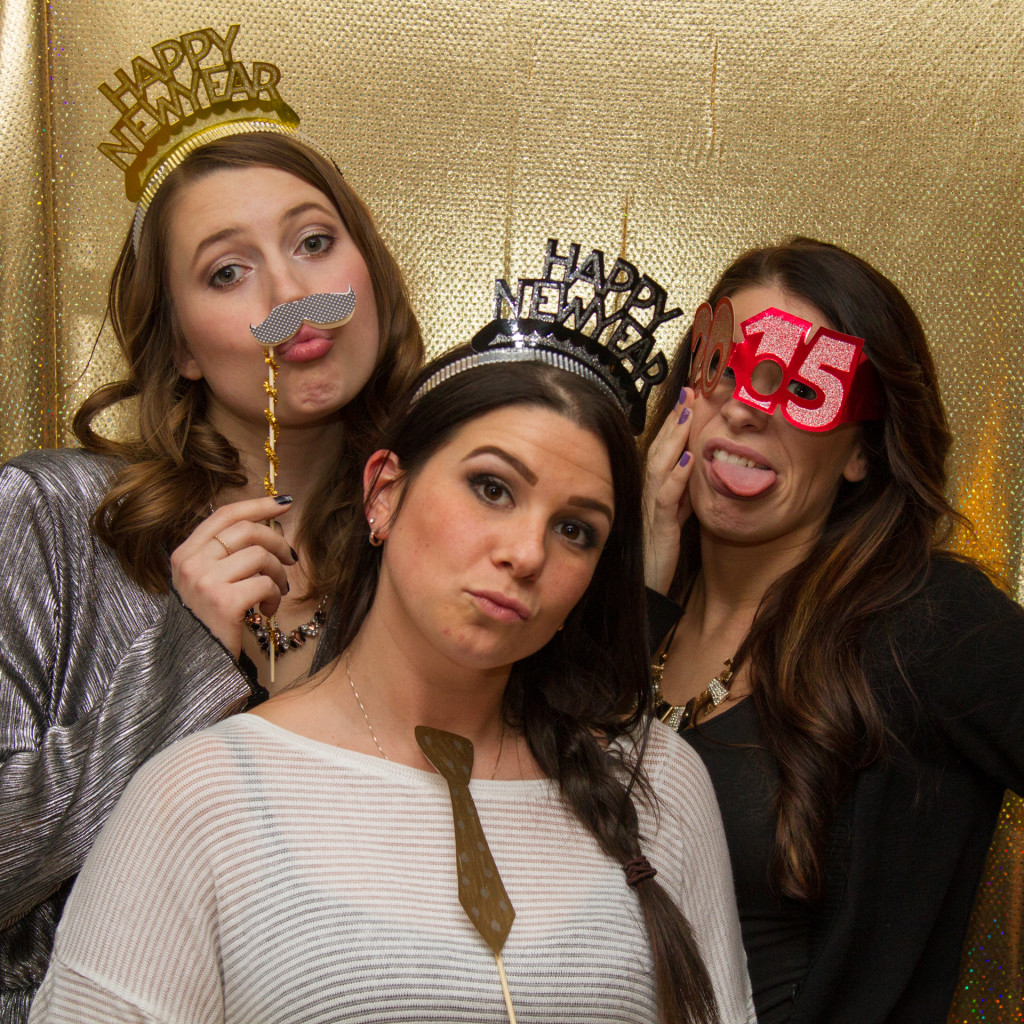